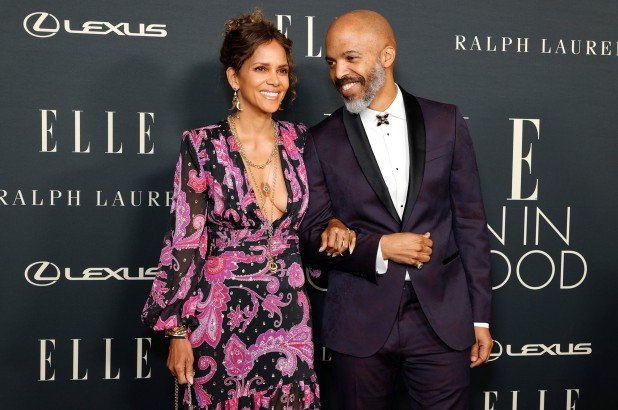 Halle Berry, the 55-year-old Oscar winner, has characterized her partner, Van Hunt, as the “right one.”

Berry raved about her partner during an interview with Entertainment Tonight on Tuesday, October 19, at the Elle’s 2021 Women in Hollywood event.

She told the publication;

“It was finally my time and the right one finally showed up.”

Berry confirmed her relationship with Hunt in September 2020 by posting a photo of herself wearing a T-shirt with the 51-year-old musician’s name on it, captioned “now ya know… ”

Hunt captioned the same photo on Instagram, “there you go…” The couple has since expressed their love for one another on social media and in interviews.
Hunt said earlier this year;

“The inspiration for our relationship goes across everything, even in my parenting.

“I’m a completely different person, I can say it like that, and I think that it’s improved every aspect of my life.”

Berry had also shared a pantsless of herself in which she wore a Van Hunt tour T-shirt on Instagram last December in celebration of his birthday.

She wrote at the time;

“A real woman can do it all by herself, but a real MAN won’t let her. Happy birthday VanO. I only wish I’d known you sooner so I could have loved you longer!”

She also has a 13-year-old daughter, Nahla, with Gabriel Aubry, with whom she had a long-term relationship from 2005 until 2010.

Hunt on the other hand, has an 18-year-old son from a previous relationship.

Monday May 2nd is Eid-el-Fitr