Whitemoney has spoken out after being crowned the winner of Big Brother Naija Season 6, ‘Shine Ya Eye’ edition.

The lucky reality star, who has been a fan favorite since the first week, was named the winner of the N90m grand prize during the last eviction on Sunday night.

In response, Whitemoney thanked his followers for their overwhelming support in a statement shared by his management on his official Instagram account.

According to him, ”I will definitely miss how Big Brother calls my name “WHITEEEEEEMONEY”.

He also stated that not seeing individuals with similar experiences to his was disheartening and almost made it impossible for him to go on the program, adding that he is glad he came and prevailed. 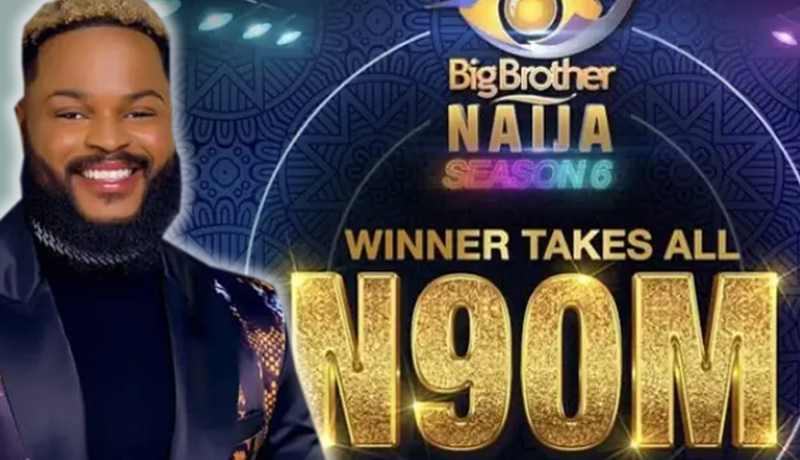 ”Immediately, I walked through those Big Brother’s doors, I had that desire, that drive, that determination to be the person to give hope to those behind who have the desire to come into the Big Brother’s House and play the game.

”Not seeing people with stories like mine is very discouraging and it sure made me feel like it’s impossible to pass through those doors and emerge as a Winner. But I was wrong as tonight has clearly proven that.

”My 72 days in the Big Brother’s House was quite eventful, interesting and sometimes trying. Not forgetting the emotional times, Regardless of all these, MY EXPERIENCE HAS BEEN WORTH IT.

”I want to start by saying thank you God almighty for bringing me this far, I’m super grateful.

”To my Family and Family (MoneyGeng), words will never ever truly be enough, thank you so much and I love you guys.

”To my fellow housemates who walked through those doors with the same desire, I SEE YOU! I SALUTE YOU!!!

”Finally, I will definitely miss how Big Brother calls my name “WHITEEEEEEMONEY” and I want to say thank you for this platform,” he said.