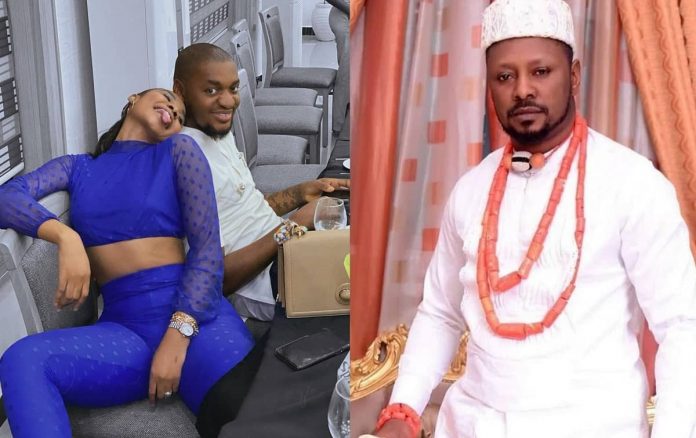 Jane Mena dared Tonto to release the tape, but he refused. The Delta state politician published a message on Instagram at the time to refute the accusation.

He verified that he was friends with Jane Mena, but that they only spoke on the phone.

“We have been family friends for years and the husband is someone that is close to me. It is a taboo where I come from to sleep with a married woman even though I am still single, worse of all, with a married Isoko lady who will pay the ultimate price if she does that,” he said.

On September 27, 2021, Kpokpogri issued an apology to Jane Mena’s husband on Instagram.

He said, “…I woke up this morning feeling very uneasy and decided to say this from the depth of my heart. To the family I respect, love and hold in high regards, I am deeply sorry.

“First and foremost, I also want to use this medium to apologise to Jane’s husband, Mr Andre, it is an unfortunate incident on how your wife was dragged into this.”

Kpokpogri, on the other hand, deleted the apologies after a discussion between a specific Prince and Jane was leaked over the weekend.

During the chat, the man known as Prince claims to have had at least 30 times of intercourse with Jane, and she enthusiastically speaks of his sexual skills.

In the discussion, Prince also claims that Jane informed him that she and her husband had never had that sort of sex in their nine years of marriage.

Prince adds in the leaked tape that most times he had sex with Jane, who is described as the breadwinner of the family, for nearly a whole day.

Mercy Johnson & Other Nollywood Actresses who have Happy homes with...