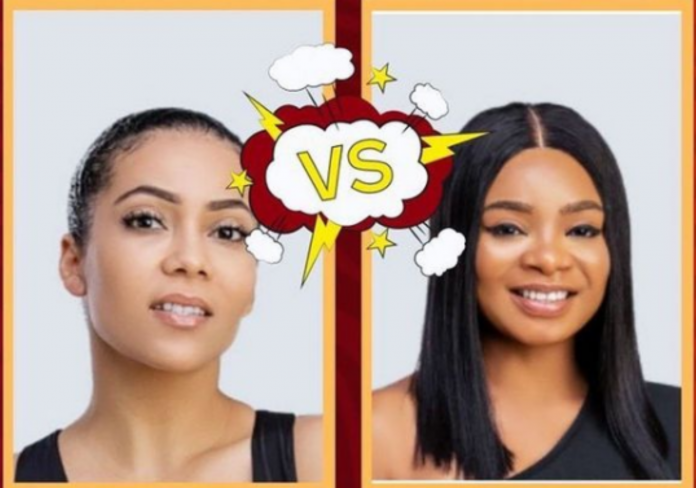 BBNaija 2021 housemates, Maria and Queen had a savage brawl last night over Pere, the house’s head of house.
On Tuesday night, Maria and Queen got into a heated dispute that almost escalated into a brawl.
On Tuesday night, Whitemoney introduced Pere as a strategist during a game in which all of the roommates participated.
Queen, the new housemate, agreed with the others, adding that Pere is a great strategic thinker.
Maria, however, cut her off, adding, “It’s just been two days, how do you know Pere is a strategist?”
The statement enraged Queen, who confronted Maria, accusing her of belittling her.
Both housemates were on the verge of starting a fist fight.

Watch highlights from the fight below:

PHOTOS: Braless Naomi Campbell, 51, Suffers a Nip Slip at an...