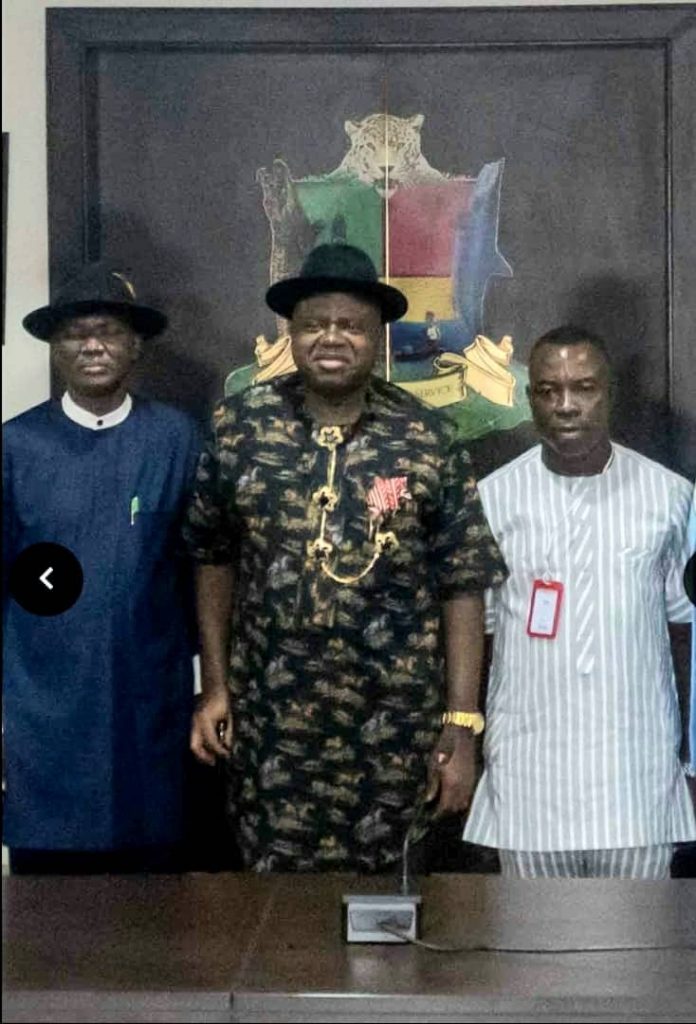 The president, Beauty of Africa International pageant, Engr Daniel Opuene has been bestowed with an excellence award by the Bayelsa state government, in recognition of his contribution to the development of tourism and entertainment in the state.

The award was presented to him on Friday, 11th June 2021 during a courtesy visit to the government house with the contestants of the 14th edition of the prestigious pageant.

Daniel has emerged strongly, as one of the true sons of the soil who have devoted their time in building lasting legacy and creating room for cultural development through entertainment.

His organisation has made headway as the leading beauty pageant competition in Nigeria and largely across Africa. A worthy perfectionist who places not his interest first, but the general progression of the crowned queens who have mostly gone on to become role models for youths around Africa.

While giving his speech, the Bayelsa state governor, Sen. Douye Diri commend Engr Daniel for his devotedness and further described him as ‘a great leader’.

“The people of Ijaw is proud of you. You are a peace maker who have dedicated his time and efforts in the development of tourism and entertainment in the state”, he said.

The governor added that the state is ready to partner with him to develop the state owned Tourist sites while also opening doors for other private and foreign investors to join.

On his part, Daniel expressed his excitement while also thanking the governor for such honour, stressing that he will remain resolute in the quest for tourism and entertainment development within the state.

“First, I would like to appreciate the governor for all the project he has accomplished in the state. I believe everyone has seen the wonderful infrastructures around major areas since his government got into office. We appreciate you sir.”

“Also, for this award, I can’t express how deeply grateful I feel at the moment. Thank you sir. Bayelsa is our own, we must build it to a great level so the next generation will cherish it and be sufficiently grateful for being an indigene”, he concluded.

Korede Bello opens up on what he truly wants and it’s...