Pere, the second runner-up on Big Brother Naija Shine Ya Eye, has had a difficult week, as he was recently hospitalized and his Instagram account deleted.

In a statement, his management informed the public and admirers of the ‘General’ that they were working diligently to restore the account.

“We encourage everyone to keep supporting the General on all social media platforms. Thanks for the love,” the statement read in part.

However, it’s unclear what led to the recent development as Instagram is known for deleting, suspending or deactivating accounts that flout its policy.

See the statement below: 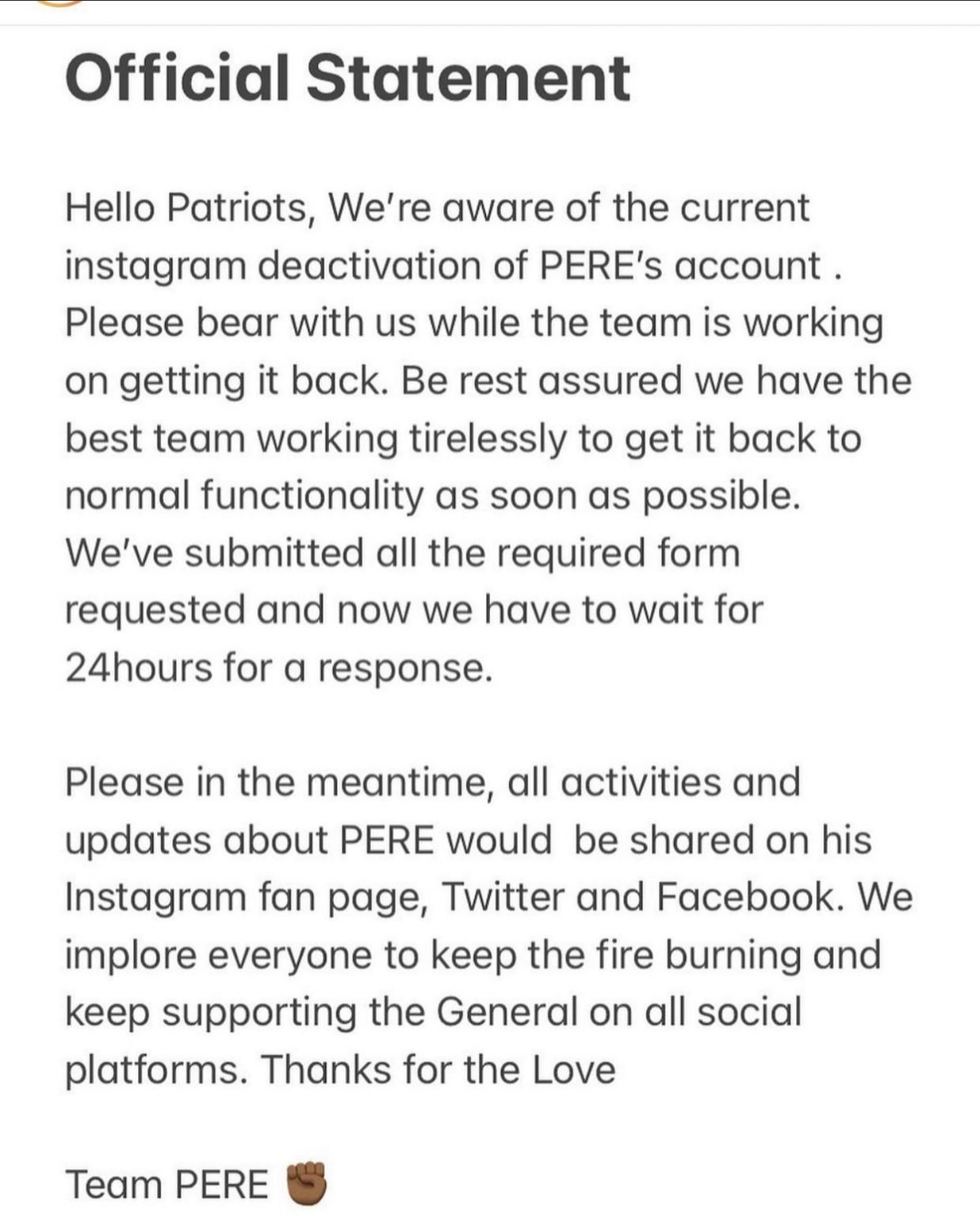 Meanwhile, a video on his official Instagram fan page made rounds on social media on Thursday, showing that Pere was receiving medications.

Pere confirmed the hospitalisation via his Twitter page, where he retweeted the videos and accepted prayers from his fans.