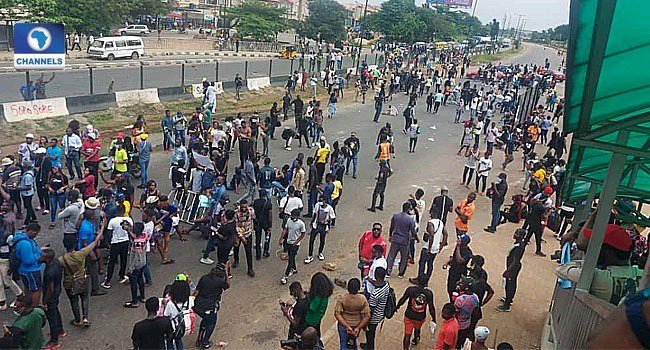 As earlier reported about the Prison-Break which took place in Edo State, by protesters who broke into the prison house and free all the inmate, the government of Edo State, took immediate actions.

It was reported that The Edo State Government has announced the imposition of a complete 24-hour curfew across the state of Edo, Nigeria. And the imposed Curfew is to take effect immediately from 4:00pm, and starts today been 19th October, 2020, till further notice.

Announcement was made by Osarodin Ogue, the secretary to the state government.

Osarodin Ogue in his statement said “The curfew was imposed due to the incidents of vandalism and attacks carried out by hoodlums who hijacked the #ENDSARS protests.”

So therefore the above decision has become necessary because of the very disturbing incidents of vandalism and attacks on private individuals and institutions by hoodlums in the guise of the #ENDSARS protests, in Edo State.

Also Take to consideration that all schools and businesses of any kind, are to shutdown activities accordingly. Those who cannot move safely are to stay put between now and 4pm till calmness is restored, said the directive.

The responsibility of government is to protect lives and property and maintain law and order in the State, therefore, anyone found outside in violation of the curfew would be dealt with according to the law.

So please if you reside in Edo State, take into consideration this information.

Ifeanyi, Emmanuel and Other Nigeria Sportsmen Who Sadly Passed Away in...