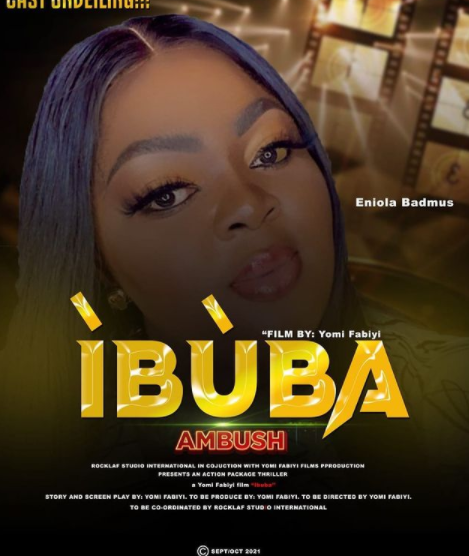 Controversial Nigerian celebrity actor and movie maker, Yomi Fabiyi, has unveiled the cast for his up and coming movie, “IBUBA”(Ambush).

Ibuba is a Rocklaf Studio Int’l Production(a subsidiary of Yomi Fabiyi Films Production). The story was written by Yomi Fabiyi and to be Produced & Directed by: Yomi Fabiyi.

See Posters shared by Yomi below: 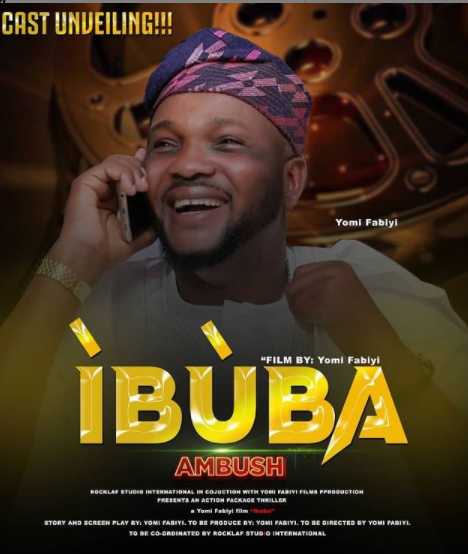