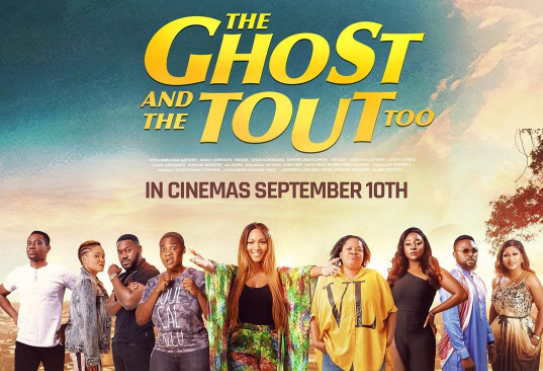 Famous Nigerian celebrity actress and movie maker, Toyin Abraham, has released official poster and behind the scene (BTS) photos of her movie, “The Ghost and The Tout Too”.

Charming Magazine recalls that Toyin Abraham announced the release date to be September 10.

The official poster comes after the recent release of the first and second teasers for “The Ghost and the Tout Too,” as well as a series of behind-the-scenes photographs and videos from the set, to keep you on the edge of your seat.

See BTS photos and posts below:

The previous film, “The Ghost and the Tout,” told the story of a young woman who grew up in a Ghetto and encounters a ghost after a terrible incident. Her life is soon plunged into a succession of events that only she can see and comprehend.

“Get off my page with that crap” – Kiki Osinbajo fires...