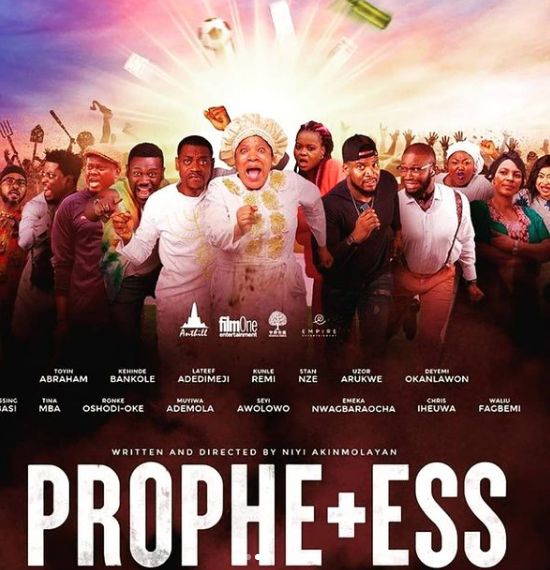 Actress, Producer and mother of one, Toyin Abraham, has been dragged by fans for bragging about making 130 million naira with one movie.

It all started after fast growing Instagram movie review blog, Cinema pointer rated a movie she featured in “BAD”.

This left a sour taste in the “Fate of Alakada” actress’ mouth as she took to the comment section to brag.

“Not Recommended. Chaotic and noisy, ‘The Prophetess’ is One Hundred and Forty Four minutes of nonsense.” the critic wrote.

Toyin Abraham then replied angrily as she claimed the blogger is someone from the movie industry who wants her down. She then bragged about her movie making 130 million naira. She wrote, “My darling, making 130 million during the pandemic and end sars is not a joke and being number one on Netflix for weeks is not a fluke.”

Responding to the comment, a very angry fan wrote “but that Fate of whatever, the party planner on Netflix is Pure unadulterated RUBBISH , like a total bad joke! I haven’t seen this , and I really pray CP is wrong ! And stop saying you know your audience , make comedy that is sensible ! You made 130m , Funke made 630m from the same comedy ! Genevieve made 3.5m dollars from the same comedy(lion heart) step up your game ma’am ? You have the talent , look for good script writers and produce something worthy”