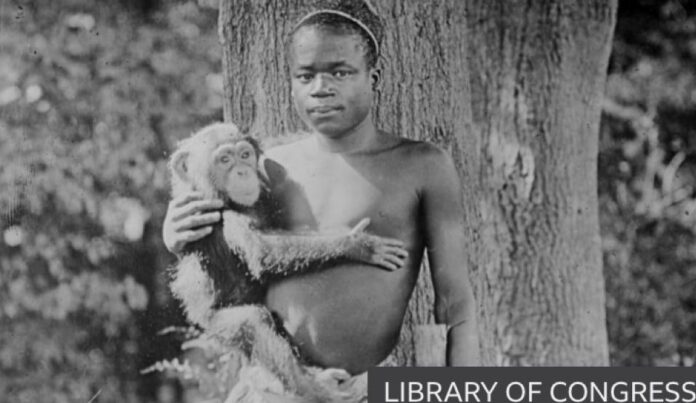 It has taken The Bronx Zoo in New York precisely a hundred and fourteen years to finally express regret for caging a Congolese teen, Ota Benga.

Ota Benga was kidnapped from what is now the Democratic Republic of Congo in 1904 and taken to the United States of America to be exhibited.

The Zoo’s apology comes after videos of the murder of Floyd George by a US police officer went viral.

The Wildlife Conservative Society released an apology via its president, Cristian Samper.

It was important “to reflect on WCS’s own history, and the persistence of racism in our institution”. Samper said.  He vowed that the society, which runs the Bronx Zoo, would commit itself to full transparency about the episode which inspired breathless headlines across Europe and the United States from 9 September 1906 – a day after Ota Benga was first exhibited – until he was released from the zoo on 28 September 1906.

Ota Benga was captured in March 1904 by US trader Samuel Verner from what was then Belgian Congo. Though a teenager, his actual age was unknown.

He was taken by ship to New Orleans to be shown later that year at World’s Fair in St Louis with eight other young males. In September 1906 he was exhibited for 20 days in New York’s Bronx Zoo, attracting huge crowds.

Outrage from Christian ministers ended his incarceration and he was moved to New York’s Howard Coloured Orphan Asylum run by African American Reverend James H Gordon. In January 1910 he went to live at the Lynchburg Theological Seminary and College for black students in Virginia. There he taught neighbourhood boys how to hunt and fish and told stories of his adventures back home.

Ota Benga later reportedly became depressed with his longing for home and in March 1916 shot himself with a gun he had hidden. He was thought to be aged around 25.

The Zoo gave three reasons why it took them so long to apologise:

They concocted a story that he was a zoo employee: As early as 1906 a letter in the zoo archives reveals that officials, in the wake of growing criticism, discussed concocting a story that Ota Benga had actually been a zoo employee. Remarkably, for decades, the ruse worked.

They claimed he was a friend of his captor: Compounding these deceptive narratives was a book published in 1992 and co-authored by the grandson of Samuel Verner, the man who went to Congo heavily armed to capture Ota Benga and others to exhibit at the 1904 St Louis World’s Fair. The book was absurdly characterised as the story of friendship between Verner and Ota Benga.

In at least one newspaper account since the book’s publication, the younger Verner also claimed that Ota Benga – who had vigorously resisted his captivity – had enjoyed performing for New Yorkers.

They claimed he had “The best room”: The Zoo’s founding director, William Hornaday, had littered the cage housing Ota Benga with bones to suggest cannibalism and had brazenly boasted that Ota Benga had “the best room in the monkey house.”