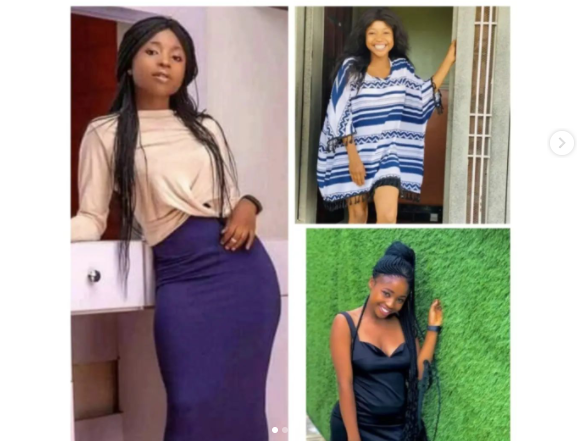 A young lady identified as Francisca Choji has been found d£ad in Jos, the Plateau State capital.

The corps£ of the young woman thought to be in her early 20s, was found discarded at Rayfield Resort area of Jos South on Sunday night, May 1.

Ms Choji claimed herself as a “dancer, model, singer, and actress” in her Facebook bio.

Details of the occurrence are still vague at the time of reporting this story, however, it was learnt that the deceased was a resident of Cabon, Gada Biyu in Plateau State.

The incident occured several months after the murd£r of two young women, Plangnan Solomon and Jennifer Anthony, a 300 level student of the University of Jos, UNIJOS.