“Spider-Man: No Way Home” has become the first pandemic-era movie to cross $1 billion at the global box office.

Sony’s comic-book epic hit the milestone in a near-record 12 days, tying with 2015’s “Star Wars: The Force Awakens” as the third-fastest film to reach the billion-dollar benchmark.

Only 2018’s “Avengers: Infinity War” and 2019’s “Avengers: Endgame” were quicker, smashing the coveted tally in 11 and five days, respectively.

“Spider-Man: No Way Home” managed to blow past $1 billion in ticket sales worldwide given the rapidly spreading omicron variant of COVID-19. 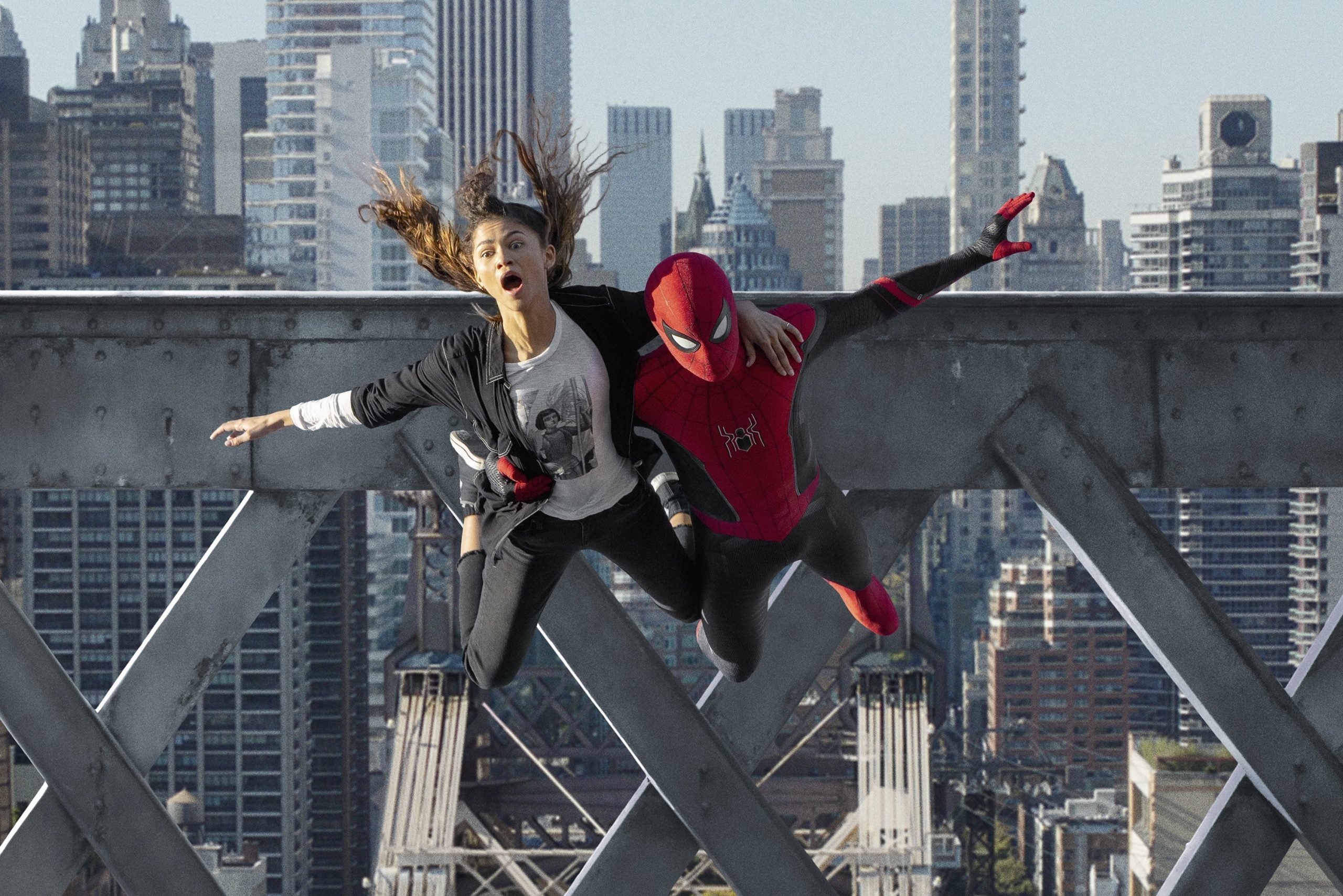 It makes Tom Holland’s Marvel superhero adventure the only movie since 2019’s “Star Wars: The Rise of Skywalker” to surpass $1 billion globally. No other Hollywood film has come close to nearing those box office revenues in the last two years.

Prior to Spidey’s reign, MGM’s James Bond sequel “No Time to Die,” which grossed $774 million globally, stood as the highest-grossing Hollywood film of 2021 (and the pandemic).

As the first movie to reach $1 billion worldwide, “Spider-Man: No Way Home” took the earthly throne from another box-office behemoth, China’s “The Battle at Lake Changjin” ($902 million), to officially cement its place as the year’s highest-grossing film worldwide.

It’s also notable that “No Way Home” surpassed that high-watermark without playing in China, which is currently the world’s biggest moviegoing market.

At the U.S. box office, “Spider-Man: No Way Home” had another dominating weekend, soaring high above the competition during a crowded Christmas corridor.

The newest “Spider-Man” adventure collected $81 million from 4,336 North American theaters over the weekend. To put that figure in perspective, only select COVID-era releases have managed to generate that kind of coinage in their entire theatrical runs, much less in their second weekend of release.

“Spider-Man: No Way Home” also managed to do so at a time when several new movies — “The Matrix Resurrections,” “Sing 2” and “The King’s Man,” among others — opened nationwide to decent (and not-so-decent) ticket sales.

It brings the film’s ten-day total to a mammoth $467 million at the domestic box office. That tally is more than double the next highest-grossing movie in Disney and Marvel’s “Shang-Chi and the Legend of the Ten Rings,” which earned a mighty $224 million domestically.

At the international box office, “Spider-Man: No Way Home” added $121.4 million over the weekend and has made $587 million to date, bringing its global revenues to $1.05 billion.

Universal and Illumination’s animated musical “Sing 2” had the biggest start among new releases, debuting in second place with $23.7 million over the traditional weekend and $41 million since Wednesday. (That number is slightly inflated because it includes $1.6 million banked from advanced screenings over Thanksgiving weekend.)

It’s a softer start than its predecessor, 2016’s “Sing,” which had secured a three-day total of $35 million and five-day tally of $54.9 million. However, it’s not a bad result for a film targeted at parents with young kids at a time when family audiences have been especially wary about going to the movies.

The movie, directed by Garth Jennings and voiced by Matthew McConaughey, Reese Witherspoon, Scarlett Johansson, Nick Kroll and Bono, has been well received by audiences, who awarded it a coveted “A+” CinemaScore.

Unless the pandemic has something to say, “Sing 2” should benefit from a long run on the big screen, especially since it doesn’t have much competition among family films.

The original “Sing,” centering on a bevy of animals with killer pipes, also opened around Christmas and played in theaters well into the new year, ultimately grossing $270 million domestically and $634 million worldwide.

At this rate, the sequel will have trouble replicating those results but it should remain the de facto choice for youngsters through the holiday season.

“The Matrix Resurrections,” the Warner Bros. and Village Roadshow’s sci-fi sequel, landed with a thud in third place.

The cerebral film landed significantly below expectations, scraping together $12 million from 3,552 cinemas over the weekend and $22.5 million since Wednesday.

The fourth instalment in the seminal series, like Warner Bros. entire 2021 slate, is available simultaneously on HBO Max, though the company didn’t provide digital viewership metrics.

Lana Wachowski returned to direct “The Matrix Resurrections,” which stars Keanu Reeves as the sleek cybercriminal Neo and Carrie-Anne Moss as Trinity. The $200 million-budgeted tentpole has gotten mixed reviews (it has a 67% on Rotten Tomatoes, as well as a “B-” CinemaScore), which may not move the needle for ticket sales while it’s playing simultaneously on a streaming service at no extra charge.

“Right now, if you’re under 35 and going to the movies, your first choice is ‘Spider-Man,’ and your second choice is seeing ‘Spider-Man’ again,” says David A. Gross, who runs the movie consulting firm Franchise Entertainment Research. “You can watch ‘The Matrix’ later with someone who has HBO. That’s how it is when a single movie is dominating the market the way ‘Spider-Man’ is.”

Another newcomer, Disney and 20th Century’s “The King’s Man” finished in fourth place, amassing a paltry $6.3 million from 3,180 screens over the weekend and $10 million since opening on Wednesday.

Internationally, the prequel in “The Kingsman” action franchise didn’t make up much ground. The oft-delayed spy comedy, starring Ralph Fiennes, nabbed only $6.9 million from seven overseas markets for a global tally of $16.9 million.

The crowd-pleasing film about rags-to-riches quarterback Kurt Warner (played by Zachary Levi) has been embraced by moviegoers, who gave it an “A+” CinemaScore and 98% on Rotten Tomatoes. Unfortunately, the movie hasn’t been high on audience’s radars and could get sacked by competitors over the busy holiday stretch.

Strong reviews didn’t do much to boost Disney’s big-budget “West Side Story” remake, which landed at No. 6 in its third weekend of release while bringing in $2.8 million from 2,810 venues.

The Steven Spielberg-directed musical has generated $23.9 million domestically since opening earlier in December. The song-and-dance property has also had a slow go at it overseas, grossing only $12.7 million from 46 international territories so far. Globally, the $100 million-budgeted “West Side Story” has earned only $36.6 million.

Five times BBNaija’s Tacha wowed us with her fashion style

Linda Ikeji shares lovely photos of her son, Jayce as he...