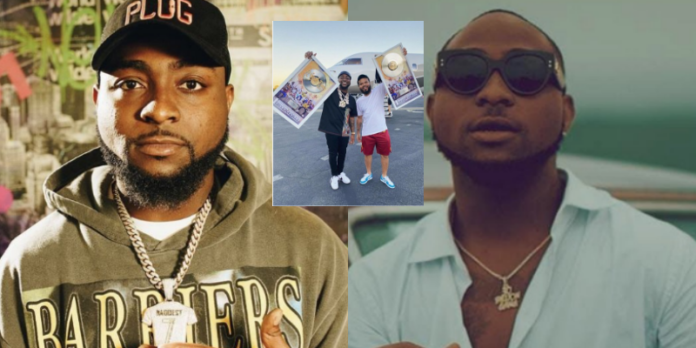 Sensational Nigerian singer, David Adeleke, popularly known as Davido has broken a record after he received an honorary plague as his Album, “A good time” got over a billion streams worldwide.

The good news was made known by the DMW music boss’ manager, Asa Asika and his friend, Cubana Chief Priest on Instagram.

The plaque according to online speculations, was forwarded to Davido by Sony Music Entertainment as the said album “A Good Time” was marketed under their platform.

A Good Time is the second studio album by Nigerian singer Davido. It was released on November 22, 2019, through Davido Music Worldwide (DMW), RCA Records and Sony Music.

What truly happened between Brymo and 2Face Idibia