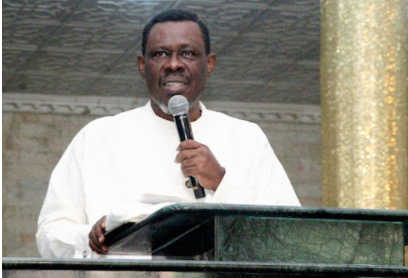 This is sad! Reverend Joseph Agboli, the founder of Victorious Army Ministries (VAM) died at a London hospital where he was receiving treatment for a cardiac condition.

Charming Magazine gathered that he died on Wednesday, August 25, 2021.

He was said to have been diagnosed with a cardiac condition.

VAM was founded in 1995 by Agboli, who is now in his 50s. Southern States, South Africa, the United Kingdom, and the United States all have branches of the church.

On Acme Road in Ogba, Lagos, the worship center and international headquarters were built in 1998.

Pastor Blessing, an author and speaker, was the deceased’s wife.

The wife is the leader of the VAM’s Victorious Virtuous Women, where she organizes and instructs single and married people.

May his gentle soul rest in perfect peace, amen.