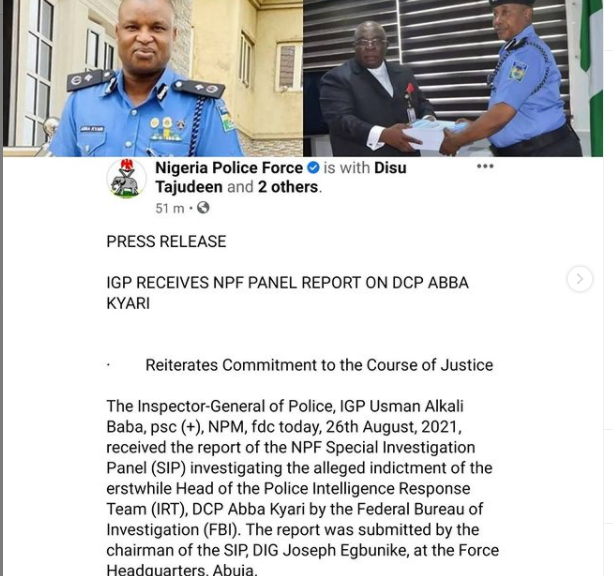 Usman Baba Alkali, the Inspector-General of Police, has finally received the report of the Special Investigation Panel (SIP), which was established to look into the indictment of DCP Abba Kyari, the suspended head of the Police Intelligence Response Team (IRT), by the Federal Bureau of Investigation (FBI).

A US court in California charged Kyari, the Head of the Police Intelligence Response Team, for allegedly assisting Ramoni Abba nicknamed Hushpuppi in an internet fraud scheme worth over $1.1 million. Hushpuppi allegedly paid him a bribe to arrest and imprison Chibuzo Vincent, a member of his internet fraud group. Since then, Kyari has refuted the allegations.

According to a statement released by the Force Police Public Relations Officer, CP Frank Mba, this evening, the IGP received the report on Thursday, August 26, 2021.

“I am older than your parents”, Kemi Olunloyo blasts Davido’s lover,...

Oscar Pistorius Eligible for Release on Parole’ After Serving Half His...