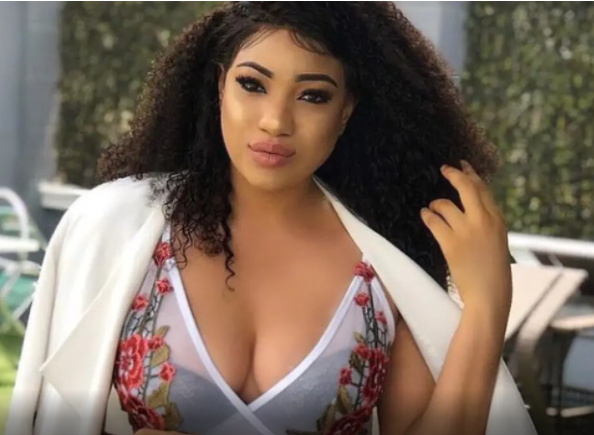 This was contained in a letter signed by Emeka Rolla, the President of the Actors’ Guild of Nigeria.

According to the letter, Quenneth was suspended from all movie sets in Nigeria over professional misconduct among others.

Part of the letter reads;

“Following our preliminary investigations into series of petitions received from producers/marketers which borders on your gross professional misconduct, this letter constitutes official notice of your indefinite suspension from the Actors Guild of Nigeria and film productions in accordance to our constitutional provision”
Some of her professional misconduct include, breach of contract, abandoning of film sets without permission, gross negligence of production timing and protocols, collection of artistes fee without showing up for the production, refusal to refund fees collected after disappointment, etc.

The Guild maintained that her misconduct was capable of tarnishing the good image and reputation of AGN as her matter was further referred to the National Disciplinary Committee headed by Actor Sam Dede for thorough investigations.

While on suspension the actress is expected not to participate in any film production or Guild activities. She was cautioned that the National/State Chapter Taskforce have been mandated to monitor all film locations and production sets across the country as violation of the suspension rules may lead to further disciplinary actions.

Charming Magazine notes that other popular actresses/actors who have once been suspended includes; Mercy Johnson, Nkem Owoh, Genevieve Nnaji, Omotola Jalade and others.

Actress Tonto Dikeh cries out over her relationships