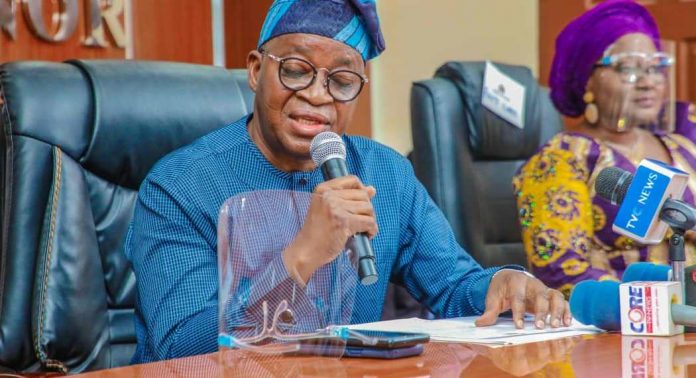 Governor Adegboyega Oyetola described his victory in the Osun All Progressives Congress (APC) gubernatorial primary election as a declaration of the party’s resolve to continue to redefine governance and re-establish sustainable democracy.

Oyetola stated in an acceptance speech following his selection as the APC gubernatorial candidate for the 2022 Osun gubernatorial election on Sunday, February 20, 2022, that the decision has transformed the party into a beacon of democracy and a united channel of development.

While describing the primary election results as a victory for the party’s members, the governor added that it was an affirmation of their confidence in the development agenda and evidence of their belief in sustainable development, which was brought into governance.

The governor challenged all party members to recommit to the party and deliver an overwhelming victory in the gubernatorial election on Saturday, July 16, 2022.

In his words, “With this primary election now concluded, I invite us all to rededicate ourselves and the party to deliver an overwhelming victory at the gubernatorial polls held on Saturday, 16th July 2022.

“For me, we are all winners. I, therefore, extend my hand of fellowship to the other two aspirants to join me as we prepare for the July election. We are all brothers. Let’s join hands to build the Osun of our dream.”

The APC gubernatorial candidate who asked all aggrieved members to have a rethink and join hands with him to strengthen the party also enjoined the APC members to close ranks and eschew bitterness to deliver outstanding results at the gubernatorial poll.

“As we commence the electioneering campaigns, I urge all contestants across party lines to perform this exercise with the utmost decency and not jeopardize the peace and tranquillity our State is noted for.

“This is the least our people deserve and the beauty democracy requires,” he concluded.