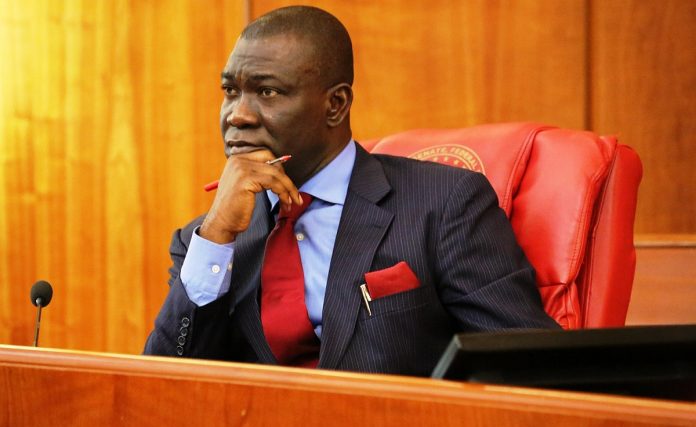 A photograph of former Deputy Senate President Ike Ekweremadu in a UK court, where he was arraigned for allegedly bringing a child to the UK for alleged organ harvesting, has gone viral, Charmingpro reports.

It was previously reported that former Deputy Senate President Ike Ekweremadu and his wife, Beatrice, were arrested in connection with the alleged crime.

The metropolitan police said in a statement that the couple was charged in court on Thursday, June 23, after an investigation by the police specialist crime team. The investigation was launched after detectives were alerted to potential violations of modern slavery legislation in May 2022, according to the police.

See photo of former Deputy Senate President Ike Ekweremadu in a UK court and letter he wrote to the British High Commission about donating a kidney to his daughter.

It was revealed shortly after the arraignment that Ike Ekweremadu wrote a letter to the British high commission about a kidney donation for his daughter.

The former deputy senate president stated in the letter that he was writing to support a visa applicant who was scheduled for “medical investigations for a kidney donation to Ms Sonia Ekweremadu.”

He stated that the donor and his daughter would be at the Royal Free Hospital in London, and that he would “provide the necessary funding.” 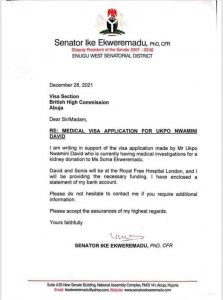 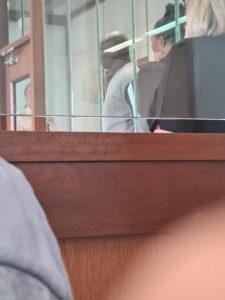 Why Alexx Ekubo and Fancy Acholonu broke up