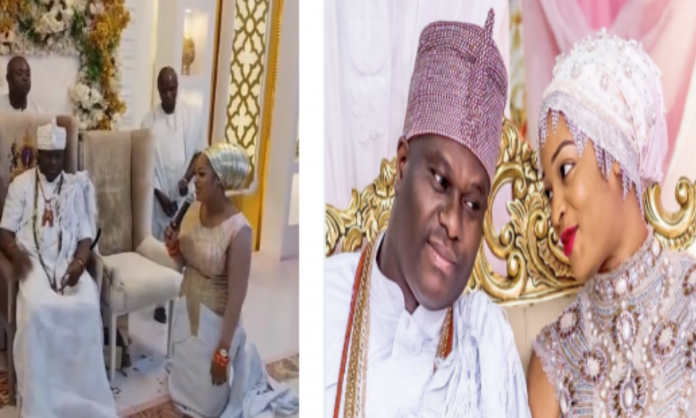 Olori Naomi, the Ooni of Ife’s wife, has prayed for her man to marry more women as she marks her birthday.

Oba Adeyeye Ogunwusi’s woman clocked a new age yesterday and the Olori decided to celebrate him with prayers of more wives.

The Ooni held a party in her honor at the palace last night. In an adorable video which has since gone viral, Olori Naomi who has received countless birthday wishes from dignitaries took to the floor to express her heartfelt appreciation to her husband, his family and all those in attendance.

Expressing her thankfulness, she pulled the legs of her husband as she prayed for him to marry more queens. It was a lovely moment for the Ooni as he broke into laughter after hearing her prayer.