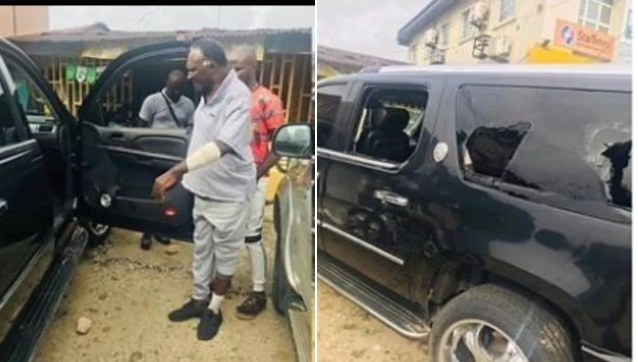 Born 27th June, 1965, Talented Clem Ohameze is a Nigerian actor with two decades in acting. He started professional acting in 1995. But his breakthrough role was in 1998 when he featured in a big-budget movie titled ENDTIME.

A fan who identifies as KemKem took to the popular micro-blogging site, T to reveal that the veteran actor was attacked and badly injured. She, however, added that he’s safe and had received treatment.

She wrote and I qoute; ”Veteran Nollywood actor, Clem Ohameze was attacked in Uyo on Thursday by a hoodlum. They injured him, took his money and phones. Quick recovery sir”

Man raises alarm after his wife was almost abducted by suspected...

Linda Ikeji: Pioneer blogger and mother of 1 looks sexy in...

Lady gets an A in her project after using Burna Boy...