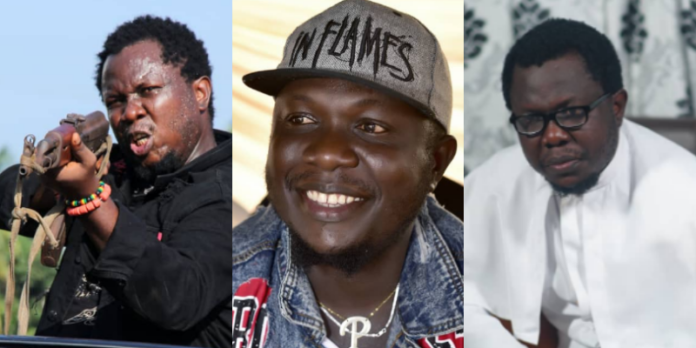 He dropped his opinion in a chat with Within Nigeria. Pitakwa advised the youth who feel going to school is not worth trying to rethink and find succor on the positive side of education.

“It is unfortunate that in Nigeria, going to school seems to be a mere waste of time and resources as our higher institutions keep churning out countless graduates every year and filling the society with more jobless youths as the government has failed to provide jobs and an enabling environment for the youths. It is disheartening and discouraging that the countless others who venture into businesses at their early age without going to school seem to be doing relatively well in terms of financial stability than their counterparts who spent many years in school just to get a certificate that could not guarantee their financial freedom,” he said.

“The coinage ‘SCHOOL NA SCAM’’ is becoming more prevalent and seem to be making more sense with the level of unemployment, joblessness and the alarming level of poverty which makes it more difficult to survive as a graduate with little or no dime in the pocket considering the hike in prices of goods and services and the general uncertainty with living as a Nigerian especially in the present dispensation,” he continued.

“An average Nigerian youth believes that getting educated or going to school is a mere waste of time and resources, and countless others resort to different kinds of societal vices and internet scam, just to survive and make ends meet.”

“On the other hand, the level of decay and moral decadence in our educational system as a country is quite frightening and this accounts to the rising number of ‘’graduates’’ who are not employable even when the opportunity for employment presents itself. Some who attended ‘good’ schools go there and waste their time and resources and come out as ‘half-baked’ graduates with little or no experience in their field of study. Despite the status quo, everyone should endeavor to be educated so as to be ready when the opportunity calls. And while you are at it, acquire a skill, it will help you survive while you wait for your dream job.”

Pitakwa who has featured in many blockbuster  movies narrated how he met A-list actor Nkem Owoh and observed how sound he was academically said, “Notwithstanding the obvious hardship occasioned to Nigerian graduates who endure the mental harassment of joblessness, it is still advisable to go to school and get educated because as the saying goes NO KNOWLEDGE IS A WASTE.”

In his final analysis, Don Charles Mmaduka who have acted alongside  actors like Pete Edochie; Nkem Owoh; Charles Inojie; Sola Sobowale; Okon Lagos; Melvin Oduah; Yul Edochie; Zubby Michael; Patience  Ozokwor; Ken Erics; Ngozi Ezeonu amongst others added that he would go back to his first career should he consider quiting acting someday.

“Our educational system might have failed us, but that piece of paper called a certificate is the greatest backup you need. As an actor, if I wake up tomorrow and decide to quit Nollywood, I would fish out my Geology degree and get an office.”