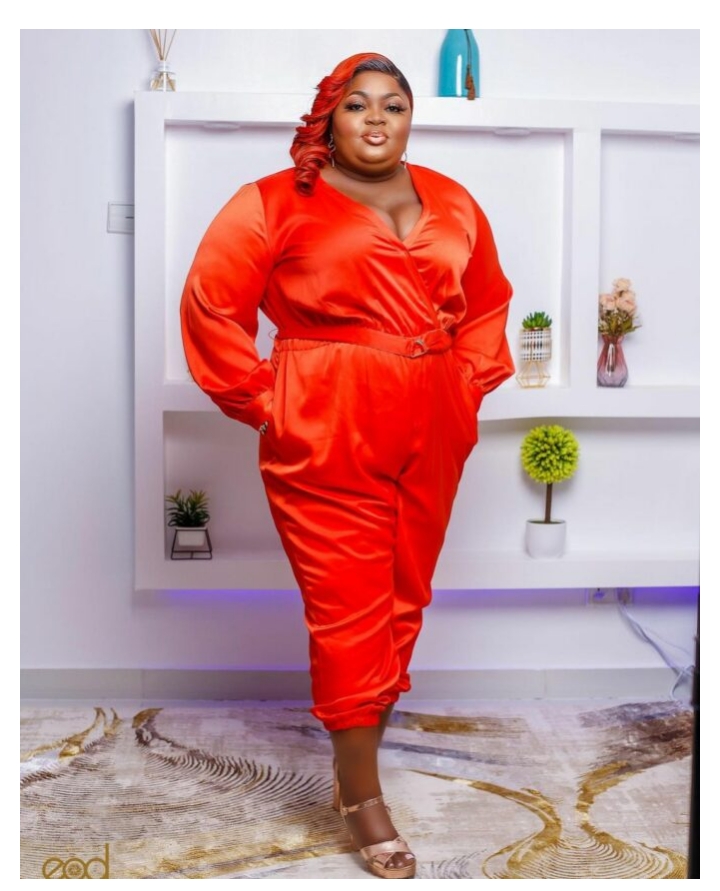 Popular known Nigerian movie star, identified as Eniola Badmus is currently under fire over her choice of outfit to the just concluded 14th Headies award ceremony.

The talented big body actress, happily graced the just ended occasion in an orange jumpsuit along side a matching hair. However, the choice of outfit has received negative comments online.

@dinmaaa1 wrote, “It’s Only Eniola Badmus and her stylist that understands what she wore to the Headies!”

Meanwhile, the Nollywood star has also taken to her Insta stories to address trolls on social media who are always attacking her and plus-size people because of their anatomy.

Not long after she lambasted a troll who shared his opinion about her weight on Instagram, the actress took to her Insta stories to address bullies who are always attacking plus-size people.

According to the plus sized actress, the actions of these bullies can lead their victims into depression and some of them might even commit suicide. She asks that people, family members inclusive should learn to leave plus-size people alone and allow them live their lives.