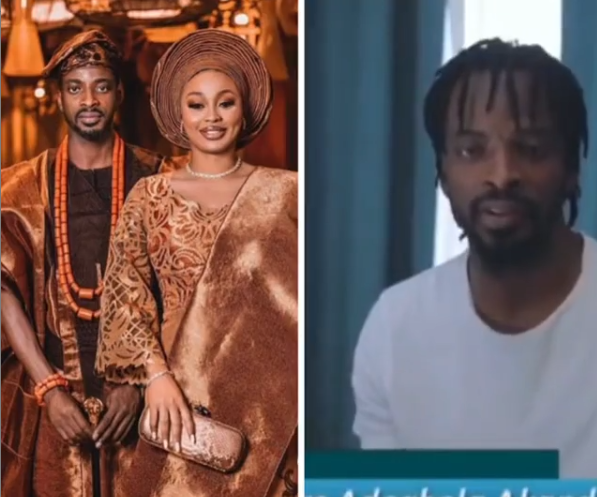 Coming after video of popular Nigerian rapper 9ice, romancing and pressing the boobs of an unknown woman made the rounds online, the Yoruba born entertainer has shared a video to apologise to his wife.

The Charming Magazine notes that this is 9ice’s third marriage after his first and second one failed.

The video of him fondling the breasts of another woman ad he called he his wife was shared online by Instagram blogger, Gust Lover.

Shortly after, a photo of him in all his glory as a man made its way online.

9ice later shared a video where he asked his fans to beg his wife. Watch below:

Controversial media personality, Daddy Freeze has revealed what 9ice wife must do to stop him from cheating.

The controversial self acclaimed “Man of God” shared a video of him making his ‘points’.

According to him, “9ice’s wife have to work with him to prevent it from happening again”

I have one more relationship left in me and my heart...