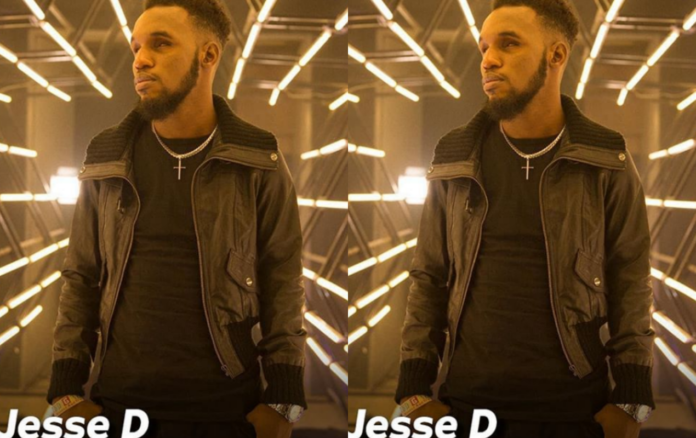 This is the story of one of the contestants of MTN Yello Star singing competition, Jesse Drums, also known as Jesse D.

Jesse who hails from Kaduna state in a chat with Kemi Filani News opened up on what inspired him to go into music.

On why he chose music, Jesse replied;

“I love to play instruments like d guitar, the drum, keyboard and i love to sing and one of my favourite sayings is “I am the music and the music is me”

On how he lost his sight, he replied;

“I lost my sight when i was little, i only depended on sound and voices to get by”.

His elder sister, Blessing John added; “We noticed he was always attracted to songs and sounds and as he got older he would pick sticks up to make sounds that’s how he fell in love with the art of music”.

Blessing further revealed that they lost their mother when Jesse was just 11 years old; “We lost out mum when Jesse was just 11 and it was devastating to him it affected him so badly but Jesse proved that he is a strong person so he himself up and he used music as a means of therapy to get by the loss of his mum”

Watch Jesse’s battle with another contestant, Uzezi below: