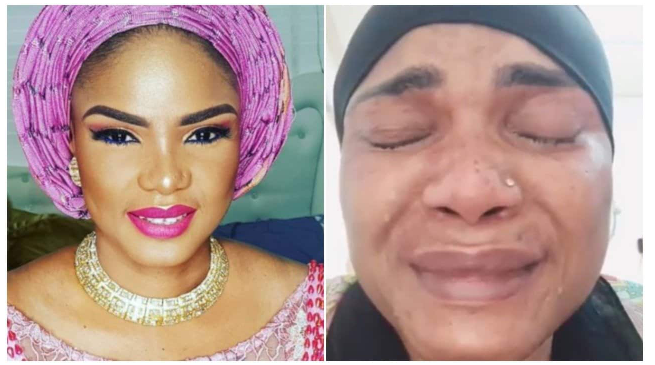 Born 21st December, 1977, 42years Old Talented Alice Iyabo Ojo is a Nigerian film actress, director, and producer. She has featured in over 150 films, and has produced more than 14 of her own.

Reported today, Iyabo Ojo has vowed that she will never support, campaign or vote for any APC or PDP member again.

According to the beautiful Iyabo, she will never support or vote for any APC or PDP member again, no matter the relationship between herself and the person.

Actress Iyabo also urged Nigerians to stop recycling same people who have governed us to continue with the bad governance.

Taking to twitter to make this revelation, the 42years old woman, and mother of two wrote;

“I Alice Iyabo Ojo, will never support, campaign or vote for any APC or PDP member ever again in my life even if you are my family or friend, we need a New Nigeria Flag of Nigeria, we need to stop recycling Universal recycling symbol #EndBadGoverance”