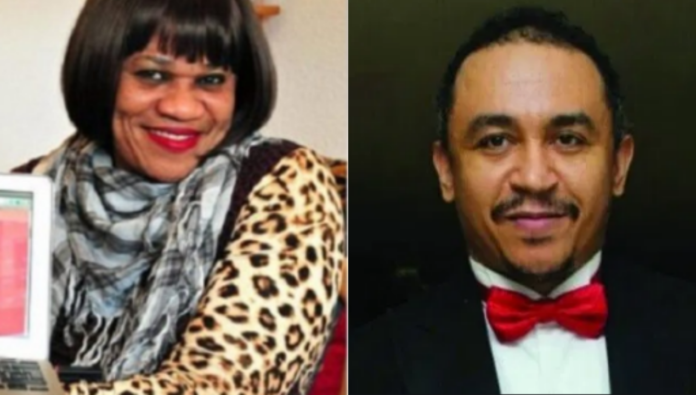 The duo who were best of friends went their separate ways four years ago after they had a misunderstanding.

Stella Dimoko in an Instagram Live interview with Daddy Freeze has revealed that it was Apostle Suleiman who settled the 48 months quarrel between them.

In the Interview, Stella revealed that someone misquoted Freeze and told her that Freeze gossiped about her with foremost blogger, Linda Ikeji.

Stella revealed that this made her go mad on Freeze thereby blocking him on all platforms.

Freeze further revealed that Apostle Suleiman dedicated hours of his time to make sure they make up.

Freeze and Stella have since sheath their swords and are now friends again.

Watch the full interview below…

On ‘live and Dangerous’ with @adablezy and I on @nigeriainfofmlagos