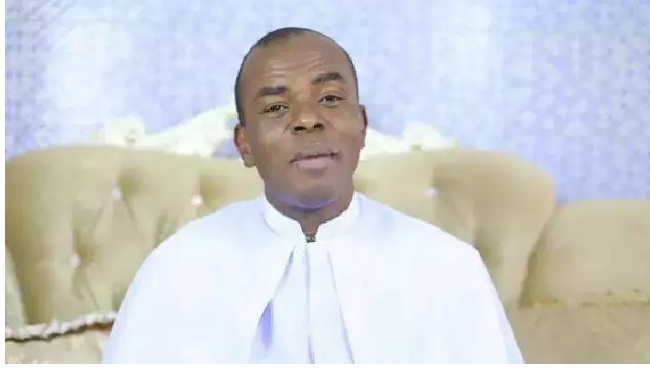 Report came from King Sparo, says the Church Spokesman have come to debunk the viral videos and News as FAKE.

REV. Father Mbaka in a Facebook page with the name “Adoration Ministry Enugu Nigeria – AMEN” also revealed that the viral video and news are fake.

He said and I quote “Adoration is a prayer ground and its completely dedicated to God, and as such is primarily for spiritual activities and houses no government establishments.”

“It is therefore a fake news to contemplate the sacrilegious act that it is being planned to be attacked or was under attack or will be attacked. Disregard such flying information.”

Kim Kardashian and her new lover, Pete Davidson go on a...