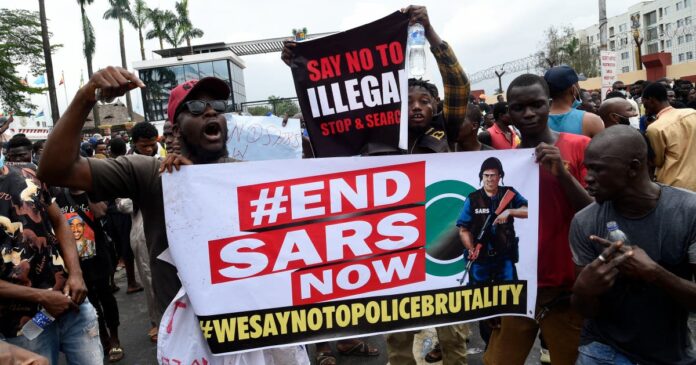 Covid 19 took the world by surprise and shutdown the whole world for months in 2020. The shutdown was not just shutting down a country, people were shutdown in their houses, were advised not to go near their neighbours. It was something unimaginable, stuff out of Hollywood movies talking of end of days. In 2020 all that became a reality. No one thought it was possible what Coronavirus strain, Covid 19, turned the world to.

In Nigeria the discussion suddenly became Nigerian government fixing our hospitals and turning it to world standards. Mr. Boss Mustapha, Chairman of the Committee on Covid 19 and the Secretary to the Government of the Federation (SGF) lamented when he visited Gwagwalada Teaching Hospital because of the complete lack of basic amenities and lack befitting standard compared to others the elites patronize around the globe. The political class and analysts started discussing post Covid 19 and talking of fixing hospitals around Nigeria.

As the world opens up gradually and Nigeria has move on from Covid 19, the political class and elites have forgotten fixing the hospitals in Nigeria. They have suddenly resumed the foreign medical tourism. Recently coming back from medical check up in Dubai, Mrs. Aisha Buhari, the first lady, advised her husband’s government to fix the hospitals in Nigeria.

President Buhari during his first term in office spent over three months in a London hospital over his health problems that half the nation thought he wouldn’t survive. After coming back and recovering, some of us thought he would focus his attention on trying to fix the health sector in Nigeria, alas, the president did not even care about the health sector at all. The Aso Rock clinic inside the Aso Rock Villa, a stone throw from him, with billions budgeted for it’s running every year has not been functioning. The first lady told the nation that they don’t even have Paracetamol in the clinic. How have they been spending the billions budgeted for the Aso Rock clinic? This government that came to power under pretext of fighting corruption wouldn’t have any reasonable answers for that.

Just this month the Senate queries the N1.3billion budgeted for the Aso Rock clinic before approving it, giving conditions that it should be utilize so as the stop President Buhari from foreign medical trips. It was just a ploy to deceive Nigeyians to take them seriously. Until there is legislation of stopping the president from foreign medical trip, they have no powers to do so and such legislation would never be passed as it would affect them too.

The fact is that our leaders never learn from the past because they have a mindset that they can fly out of the country and get whatever they want, so why care about fixing anything here genuinely? They simply make simplest things very complex even when it wouldn’t cost must to get these things done, like building standard hospitals in the country. Yes, they mentioned it during the peak of the Coronavirus lockdown, they discussed it, because it affected or would affect them if they can go out as the world is lockdown, but immediately after the world started opening up, they forget. They are now back to business as usual.

The #EndSARS protest shocked them to the foundation. They saw it clearly that the masses are angry with them, with how they are ruling and ruining the country. They panicked and it was the panic that led them to shoot these youngsters at Lekki. The #EndSARS protest stopped, but what have our elders learned? Believe me nothing. They would simply move on thinking business will continue as usual. That’s the way with our political class and elites are, they simply forget and move on. They don’t care.

What the #EndSARS people must do now to mobilize the youth to be politically aware, to teach them how to remove these uncaring cruel and crude men from power, through the ballot. They must mobilize young people to go and get their voters card. In other countries the #Endsars will simply turn into a political party.