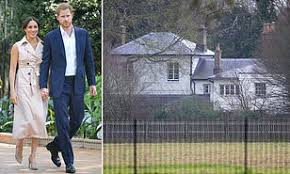 Prince Harry and wife, Meghan, have today announced they have fully paid back money, to the tune of  £2.4 million spent on the refurbishment of their Frogmore Cottage apartment.

The property which was reportedly renovated with taxpayers money, was where the couple moved into after moving out of Kensington Palace. It was initially estimated that this huge debt would take the royal couple 11 years to pay off.

According to a statement from the Sussex spokesperson, “This contribution, as originally offered by Prince Harry, has fully covered the necessary renovation costs of Frogmore Cottage a property of Her Majesty The Queen, and will remain the UK residence of The Duke and his family”.

This deal has provided a solid ground for the Sussexes in Hollywood.