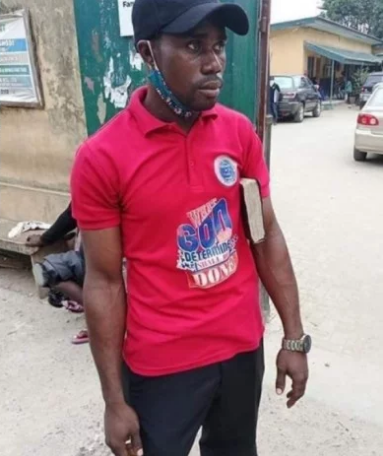 One Nduka Anyanwu, a Lord’s Chosen Church pastor, has reportedly raped and impregnated two underage sisters and their mother has prevented him from being arrested for promising to marry the older one.

According to reports, Nduka Anyawu, the pastor of Lord’s Chosen Church, Canaan Land branch in Oshodi allegedly impregnated the sisters aged 17 and 13 after raping them.

One Patience Ogbe who shared the video online revealed that the mother of the girls prevented the pastor from being arrested. She wrote;

“Self acclaimed pastor Nduka Anyanwu 28 who allegedly impregnated two sisters 17 and 13 years old girls at the Oshodi area of Lagos State is seen in this video being shielded by the mother of the girls from arrest. “Pastor” Anyanwu allegedly said he will marry the 17 years old girl but will procure abortion for the 13 years old.”

See the video below…