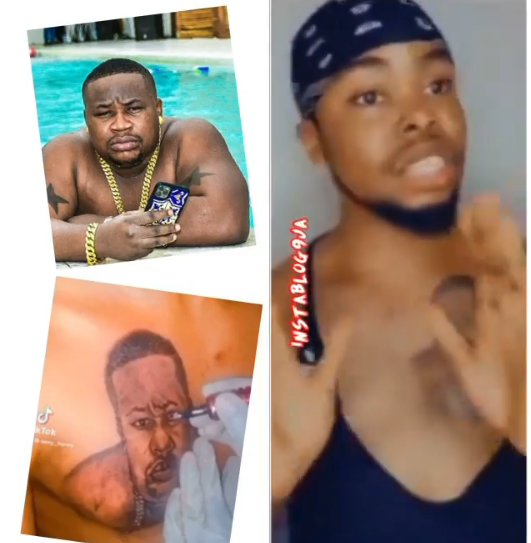 An unknown make up artist, has taken to social media to cry out after he was snubbed by controversial club owner, Cubana Chief Priest.

The Makeup artist who identified himself as Cubana Chief priest’s fan said he did the tattoo because it was his birthday.

According to him, it was an act of love, but he was snubbed by the club owner.