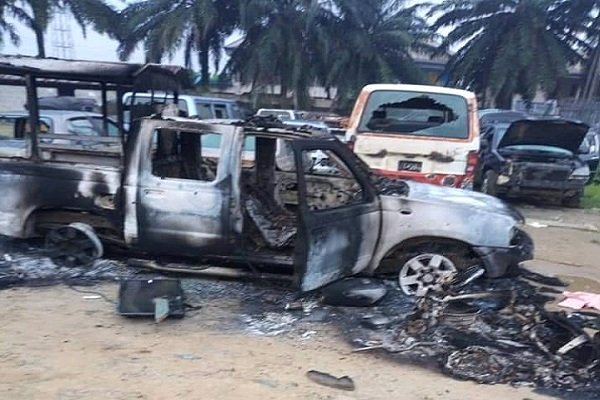 The protest caused apprehension among residents in Elelenwo, Oil Mill, Ikoku and Mile One area of Port Harcourt.

Many Residents of Rivers State were also spotted running to safety as shop owners shut down their premises also.

Joseph Mukan, Rivers Commissioner of Police (CP), and Nnamdi Omoni a Spokesman, were yet to respond to a media enquiry on the situation.

Nigerian celebrities, fans console Denrele Edun after he revealed how he...

Vee, Wathoni, Trikytee and Praise up for elimination