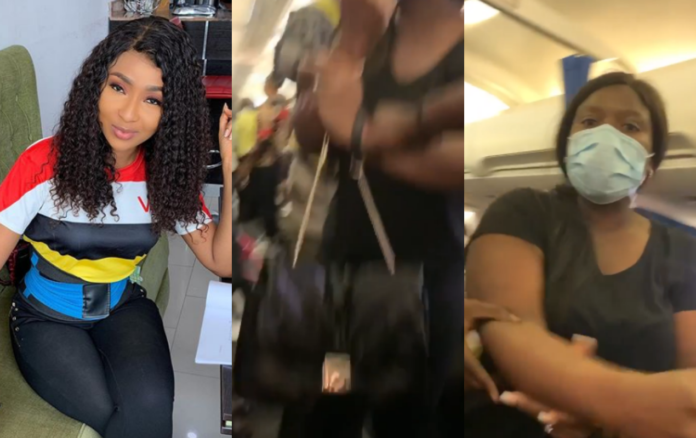 An unknown lady has prevented an aircraft from flying after she was asked to drop her handbag on the floor or on the upper cabinet.

According to the lady, the handbag is too expensive to be dropped on the floor.

She cause chaos and forced the plane to drop her off.

Watch the video as shared by actress, Belinda Effah who almost got beaten up by the lady for video taping her.

Belinda who shared the video wrote:

“”The Expensive Handbag That Stopped Us From Flying

On Take Off This Girl Said The Flight Should Turn Around and Drop Her off cos she will not let her bag be kept on the floor or be put in the upper cabinet because it’s too expensive. We had to make a you turn and security officials escorted her out not after she almost broke my phone for capturing her . I mean I needed to see the expensive bag that caused such a row and got her so riled up. So I had to capture it for the world to see 🙏🏽”