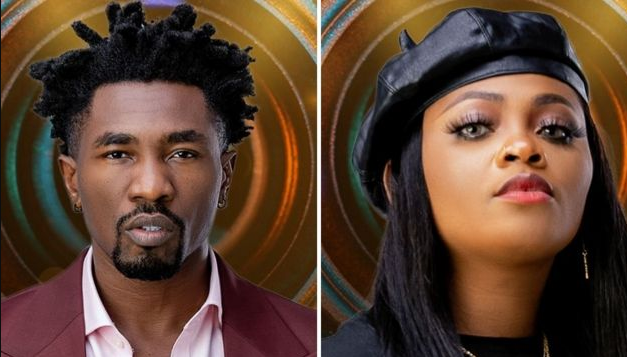 Boma, who was evicted from the reality show with Tega and two other housemates on Sunday, September 5, informed Ebuka in his post-eviction interview that he began getting physical with the married female roommate because they wanted to put up a show for the viewers.

Tega was the lads’ favorite, according to him, and the males thought she was superior than the other girls.

“Tega was the boys’ favourite. She will make daring jokes, we felt she was better than most girls because we felt girls were lying that they were single.

“I and Tega saw that the house was boring, people were always sleeping, so we decided to give the viewers a show. We felt we could be a standard performer.

“I did not feel I should step back because she was married but now I see. It is late, I am human but my intention was not to take a married woman away from her husband.”

Recall that Boma has taken responsibility for his actions and apologised to his fans for his mistakes.

Meanwhile, Tega has clarified that her relationship with Boma was a script.

Davido Raises At Least 40 million as He ‘Begs’ Fans for...