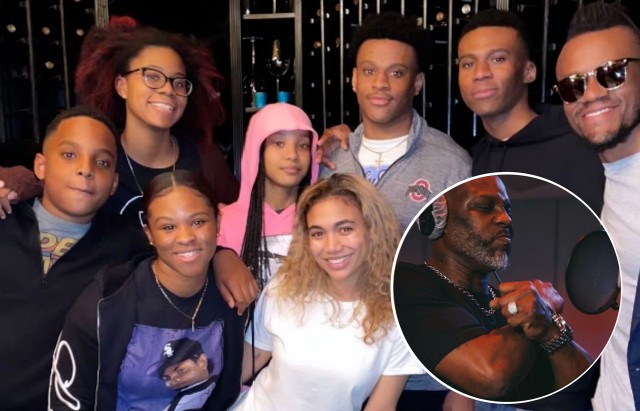 The struggle over the late rapper DMX’s inheritance has taken another turn, with a woman claiming to be the late hip-hop star’s kid.

According to Page Six, DMX’s other adult children have been approached in recent weeks by a Georgia lady called Raven Barmer-Simmons. She and the other 14 purported offspring of the late rapper will all be subjected to a DNA test to determine their paternity.

If she is one of DMX’s children, she may be the 15th. As assets are split, a struggle is already brewing over who gets what. A judge named three of DMX’s sons, Xavier, Tacoma, and Sean, as interim administrators, but this is clearly not going over well.

The late rapper’s fiancée Desiree Lindstrom, who is the mother to his 5-year-old son, Exodus, had applied to the court to be legally declared his “common-law wife,” but the judge shut her down.

Lindstrom had also petitioned the court to be an administrator of his estate estimated to be worth around $1 million, as had the late rapper’s older daughters, Sasha Simmons and Jada Oden.

Commenting on the development, Herbert Nass, the trusts and and estates attorney for Xavier, Tacoma and Sean Simmons said;

“Judge Blackwood appointed Xavier, Tacoma and Sean as the temporary administrators of the estate.

“The next big thing is to determine who are the rightful heirs. The estate is going to ask everyone to prove paternity through DNA testing. All the legal children of DMX will be entitled to an equal share of his estate.

“We need to collect assets and pay debts and administration costs. We don’t have a lot of information about his income streams, but now the temporary administrators have been appointed, we can ask questions and expect answers.”

Despite selling more than 74 million albums and building a successful career in both music and movies, DMX left behind an estate estimated to be in debt.

Nass added that lack of a will from DMX had further complicated setting up the estate. He said;

“I want to point out that when a person dies without a will, a surety bond needs to be posted, and obtaining a bond is difficult.

“We spoke to a number of surety companies and it was only Thomas Whittemore at Executive Bond who was able to get it done.”

DMX died of an OD which triggered a heart attack back in April. He was 50.

Mercy Johnson and her kids melt hearts with cheerful video