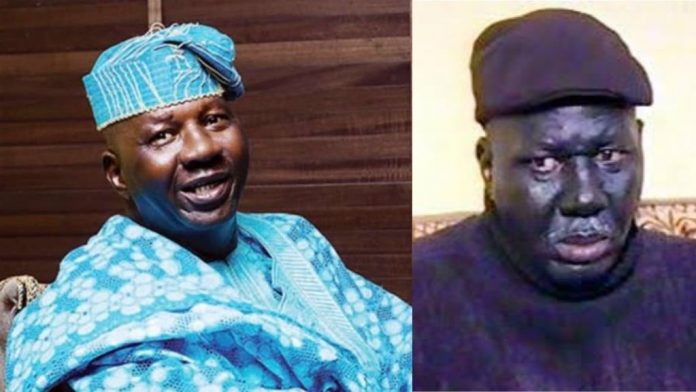 Nine things you probably did not know about Baba Suwe

2. He grew up in Lagos Island but hails from Ikorodu local government area of Lagos State.

3. He had his primary education at Jamaitul Islamial Primary School in Lagos and Children Boarding School, Osogbo.

4. His secondary education was at Adekanbi Commercial High School in Mile 12, Lagos state but obtained the West African School Certificate from Ifeoluwa Grammar School in Osogbo, the capital of Osun State.

5. Baba Suwe began acting in 1971 but came into limelight after he featured in a movie titled Omolasan, l produced by Obalende.

6. He became more popular after he featured in Iru Esin produced by Olaiya Igwe in 1997

7. He had featured and produced several movies such as Baba Jaiye jaiye, a movie that featured Funke Akindele and Femi Adebayo, the son of the veteran actor Adebayo Salami.
8. In 2011, he was accused of cocaine trafficking by the National Drug Law Enforcement Agency(NDLEA), an allegation described as false and defamatory by the ruling of the Lagos High Court. His counsel was the late Bamidele Aturu, a lawyer and human right activist.
9. He was rumoured to have died in August 2020 but was later debunked by his family members.

“She is a just friend” – Billonaire Ned Nwoko clears the...