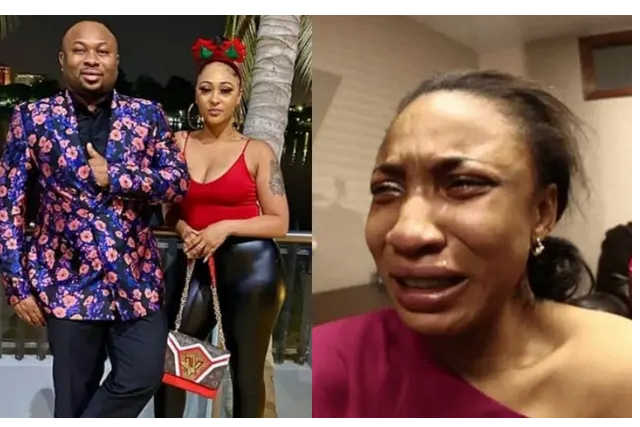 Also in an interview granted by the Nigeria movie star, Tonto Dikeh, shortly after her marriage crisis, Tonto accused Rosy Meurer of sleeping with her husband. The allegation was however denied by Rosy Meurer.

But currently, the New reports have however emerged claiming Rosy is heavily pregnant for Churchill.

An Instagram blogger shared Rosy and Churchill’s photo and captioned it, “It is alleged that the once most famous side chic of a celebrity husband, Rosline Meurer is heavily pregnant and is currently in somewhere in obodoyibo making preparations for the baby. It’s also alleged that she was recently spotted with Mr Olakunle Churchill while she’s still pregnant.”