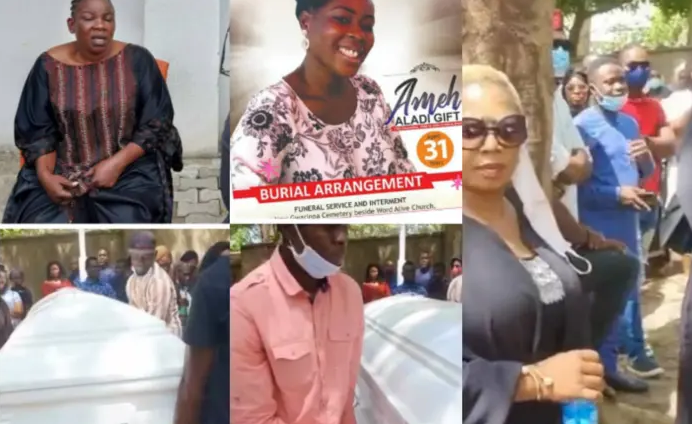 Popular Nigerian actress, EMpress Njamah, has taken to social media to cry out and reveal that Ada Ameh who recently buried her only child has not been herself.

The Charming Magazine recalls that Ada Ameh lost her only child on the 20th of October after a surgery in Abuja and has since being buried.

Empress Njamah shared hearbreaking videos and revealed that The “The Johnson” drama series star is going through a lot and needs prayers.

“FOR THE LOVE OF GOD PLS LETS PRAY FOR @adaameh she is going through a lot,not easy to loose an only child, forget what u see during the day, can you sight the swollen eyes?

“Your prayers will go a long way… SHE NEEDS US NOW AND ALWAYS,” she wrote.

Ada lost her only child Aladi Ameh on October 20 following an unsuccessful surgery in Abuja.

She was buried in Gwarinpa, Abuja on October 31.