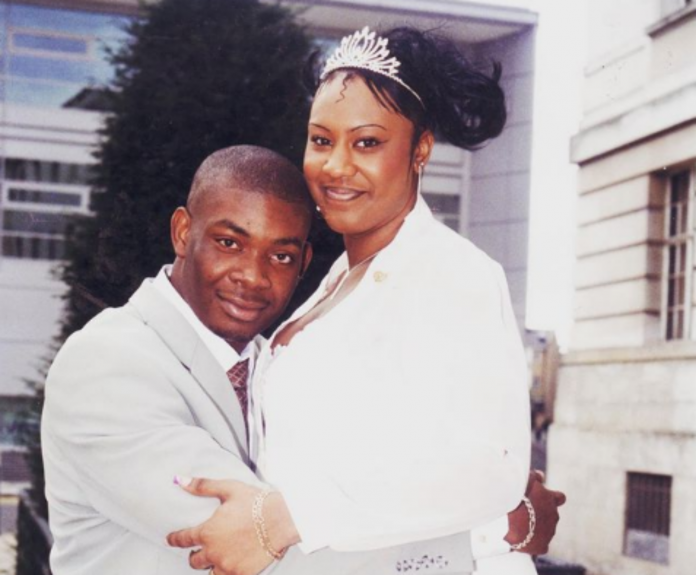 The internet went wild earlier today after Mavins’ boss, Don Jazzy opened up about his failed marriage to one Michelle Jackson.

Don Jazzy shared photo of their wedding which took place 18 years ago as he revealed that the marriage crashed because he was more focused on his music career.

Charming Magazine has gathered some facts about her (Michelle Jackson).

She is older than Don Jazzy (He is 38 years old)

She is a UK based headshot model.

She is a writer.

She has a son

DSS bars actor Chiwetalu Agu’s family from visiting him as they...