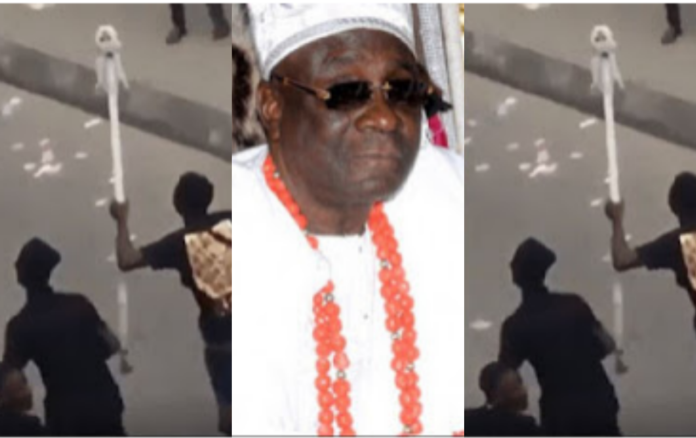 The original staff of office of the Oba of Lagos is still missing.

10 million naira bounty has been placed on whoever is able to retrieve it.

Apparently, the earlier video that went viral that the Staff has been found and returned is fake as the original one is still missing.

In a new video just released, a man is seen saying anyone that can return the staff of office will be rewarded with the sum of N10m.

The man also made some heavy allegations.