The Economic and Financial Crimes Commission (EFCC) has declared one Adewale Daniel Jayeoba, a native of Ori-Ade Local Government in Osun State, wanted over an alleged investment scam.

“The public is hereby notified that Adewale Daniel Jayeoba of Wales Kingdom Capital is wanted by the Economic and Financial Crimes Commission (EFCC) in the alleged case of an investment scam,” the anti-graft agency’s Head of Media and Publicity, Wilson Uwujaren, said on Monday.

Charming Pro reports that the commission had in June arrested a couple; Emmanuel and Victoria Jayeoba, the suspect’s parents for allegedly defrauding people in a N935million Ponzi scheme.

At the time, Uwujaren said the couple, in complicity with their son (still at large), “operated the scheme in the guise of forex trading.” 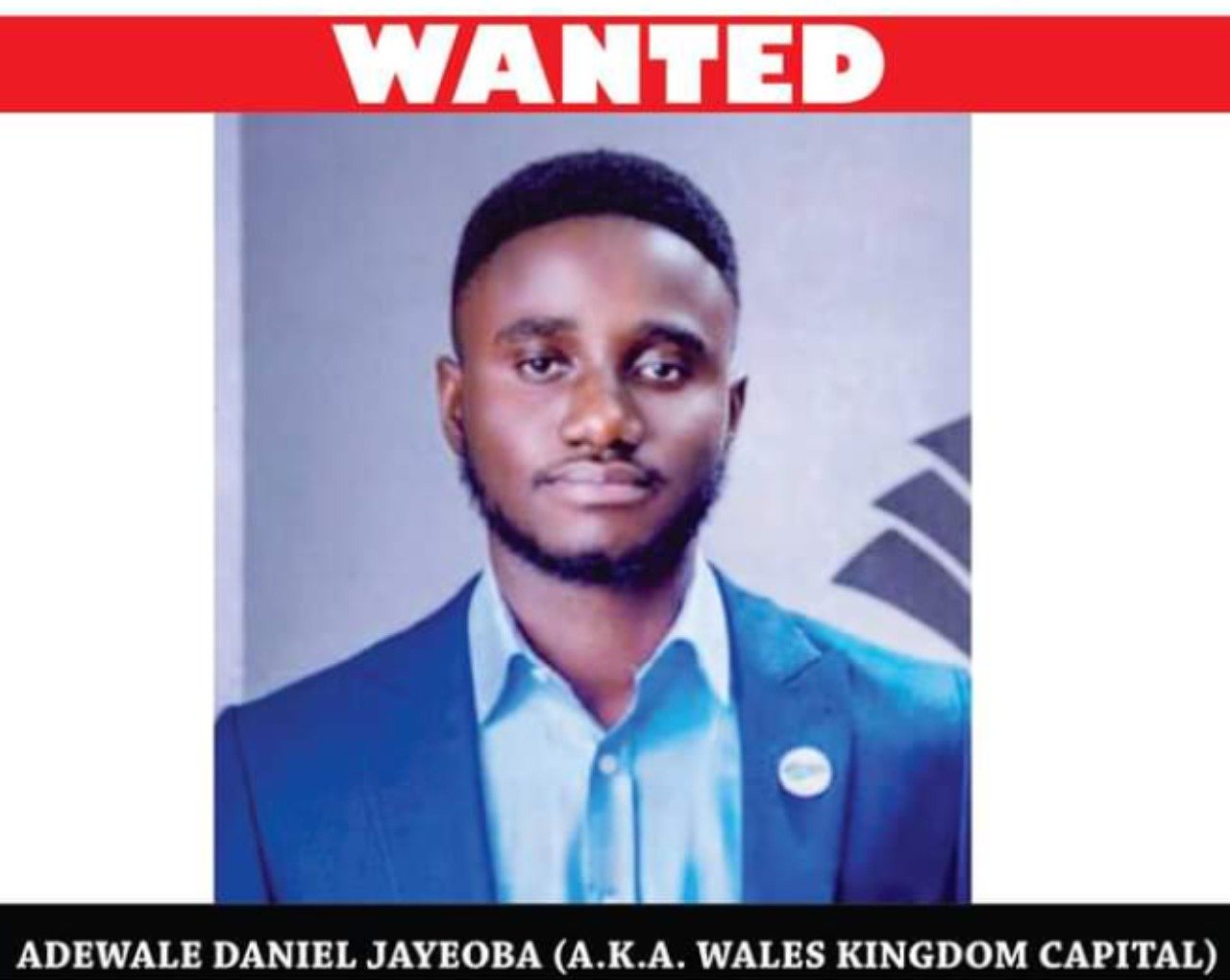 The couple was said to have been arrested at their residence in Ibadan, the Oyo State capital.

“They are parents to Adewale Daniel, Marketing Director, Wales Kingdom Capital Limited,” it was said at the time.

The father, Emmanuel, was described as a Director in Wales Kingdom Capital; operating about five bank accounts with which he had allegedly received N18,397,913 before he was arrested.

The mother, Victoria, had six bank accounts through which she reportedly received up to N916,607,715.

The EFCC urged anybody with useful information about the wanted man’s whereabouts to contact any of its offices across the nation.