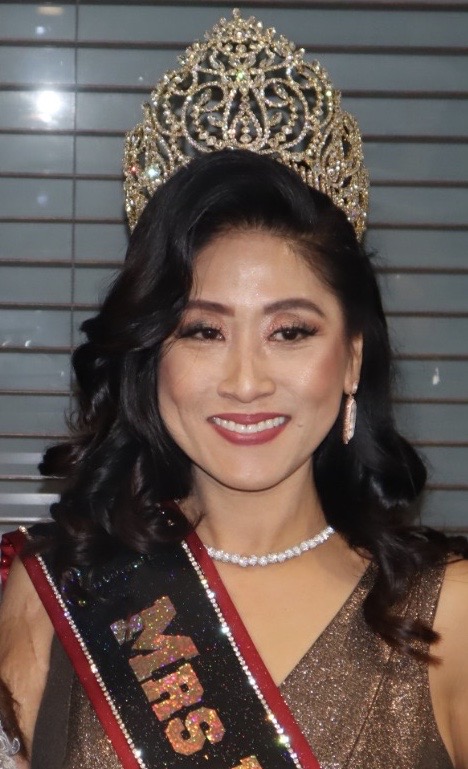 The city of London played host to guests on Thursday, 28th October, when dignitaries from all around the globe gathered in the prestigious Clark Suite, Chelsea Football Stadium, Stamford Bridge, Chelsea – London.

It was a classy affair at the Mrs Universal Empire Pageant 2021.  The atmosphere was electrifying, and this beautiful occasion was all about appreciating and showcasing  the uncelebrated women of today.

The Founder of this Revolution, Ms. Layla Najafe, a former catwalk model and a queen in her own right, who emerged winner of beauty pageants in her hey days,  shared her reasons for embarking on this project with Charming Magazine.

According to Queen Layla,  ‘this is the first pageant in history designed to appreciate the middle-aged woman, who has in one way or another, been faced with one of life’s humbling experience(s) and came out stronger.  It is a Revolution to celebrate the uncelebrated women of our time’.

Ms. Najafe describes this pageant, as a Movement created to empower women, and encourage every woman to feel better, and not bitter, about themselves – no matter what life throws at them.   ‘This is my way of breaking barriers surrounding beauty pageants, which until now are specifically organised for young, beautiful ladies without physical imperfections’, she reiterated.

The excitement was palpable, as the contestants and exclusive guests from all over the globe – Monaco, Switzerland, Germany, USA, Mexico, South Africa, Dubai, Istanbul and United Kingdom, joined Ms. Najafe to support this Movement.

The Mrs Universal Empire Pageant showcased that beauty comes from within irrespective of age, race, shape and size, and that every woman is beautiful.  It was a show that highlighted that every woman can still impact the world through, and despite our brokenness.

The highlight of the night was the crowning of Suzan Nguyen, as the first Queen of Mrs Universal Empire 2021.  Suzan Nguyen is a writer, the author of a book titled ‘one arm, but not unarmed’.  She is a TED speaker, and a Coach.  Lida Gazerouni, emerged second runner-up, and Yasmin Rizvan, was third runner-up of the pageant .

For this great project, after the crowning of the Queen, Ms Najafe was presented with an Oscar Nomination for the Best Event Producer, by a Hollywood Productions Company, which she received with delight to the admiration and cheers from guests.

The Charming crew wishes Ms. Layla Najafe, the amiable CEO/Founder of  Mrs Universal Empire, every success in the future.

Below are some pictures taken at the event. 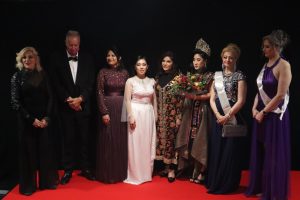 My palace is intact – Ooni of Ife cries out after...

25 Years After their Famous Duet, Brandy and Monica go Head-to-Head...