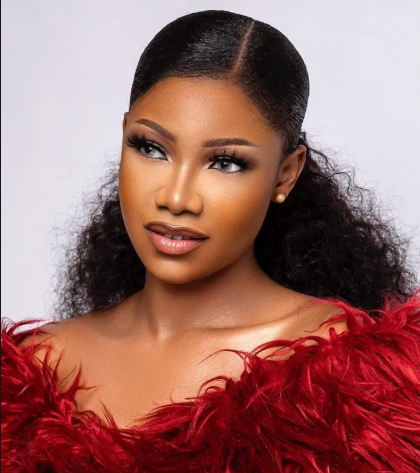 Big Brother Naija Reality TV star and serial Entrepreneur, Tacha is indeed God’s favourite. From bagging deals to creating jobs for others. Read this beautiful piece about her from Within Nigeria below…

“The stone which the builders rejected has become the Chief Cornerstone” These are the words of Jesus Christ to his disciples, and it’s a perfect example of the life of Big Brother Naija 2019 disqualified housemate, Anita Natacha Ibinabo Akide, popularly known as Tacha.

Tacha’s life is a perfect example of how God can lift a man from nothing to something and it’s indeed marvelous in our sight.

By this time last year, everywhere was buzzing with mixed reactions after the controversial reality star was disqualified from the show following a physical fight with fellow housemate, Mercy Eke who later won the show.

Within Nigeria recalls that Tacha was mocked by many, called all sorts of name. In fact, she was ‘canceled’ by her detractors. But who are they to cancel her when God is just starting with her?.

She was called a failure. Her slogans; “No leave no transfer”, “We pin” and the number of days (89) she spent in the Big Brother house was used to mock her.

However, like a phoenix, she rose from the ashes of despair. Unlike other disqualified housemates, Tacha became the spotlight. He fans (Titans) who are arguably the strongest fan base in Africa stood by her, they never let her go.

Shortly after her disqualification, Titans united and donated a huge sum of money to her as a compensation for losing out on wining the grand prize.

They went as far a buying her a multi million naira Benz for her 23rd birthday in December.

Since her disqualification, Tacha has continued to trends daily nonstop on popular micro blogging platform, Twitter (thanks to her fans).

For a disqualified housemate, she’s being compared to the “winner” of the show and just like the winner, she has bagged several juicy endorsements.

The icing on the cake is the fact that she was spotted addressing housemates of the ongoing BBNaija lockdown on behalf of her business partner, OPPO Mobile, a brand sponsor of the show.

However, it’s worthy to note that Tacha is an innovative, hardworking and business minded lady whom despite her disqualification, has been qualified by GOD himself!