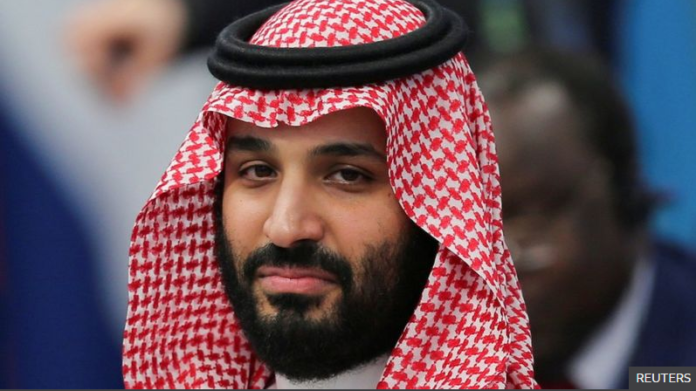 Saudi King, Salman has fired a number of Saudi officials, including two members of the royal family.

According to a royal decree by the king, Prince Fahad bin Turki has been relieved of his role as commander of joint forces in the Saudi-led coalition in Yemen.

His son, Abdulaziz bin Fahad, was also removed as a deputy governor.

The men, along with four other officials, face an investigation into “suspicious financial dealings” at the Ministry of Defence, the decree said.

BBC reports that the Crown Prince Mohammed bin Salman, who is the king’s son and is considered Saudi Arabia’s de-facto ruler, has spearheaded a campaign against alleged corruption in the government.

However, critics say the high-profile arrests have been aimed at removing obstacles to the prince’s hold on power.

The most high-profile incident, in 2017, saw dozens of Saudi royal figures, ministers and businessmen detained at the Ritz-Carlton hotel in Riyadh.

Most of them were later released, but only after reaching settlements worth a total of $106.7bn (£75.6bn) with the Saudi state.

Crown Prince Mohammed bin Salman, 35, won international praise when he promised a series of economic and social reforms to the deeply-conservative country after coming to power in 2016.

However he has been embroiled in a series of scandals, including the murder of Saudi journalist Jamal Khashoggi at the Saudi embassy in Istanbul in 2018 and an alleged murder plot against a former Saudi intelligence agent in Canada.

He has also been criticised over the continuing conflict in Yemen, where Saudi Arabia backs pro-government forces, and the harsh treatment of women’s rights activists. despite the lifting of some restrictions including the right to drive.

Bobrisky charges as high a 32 million naira for Ambassadorial deal...