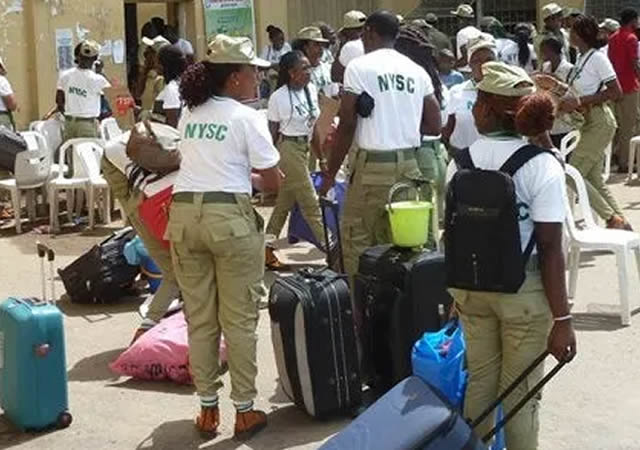 The National Youth Service Corps (NYSC) has advised serving corps members to be ready to pay a ransom if abducted while travelling on Nigerian roads.

“When travelling in high risk road such as Abuja-Kaduna, Abuja-Lokoja-Okene or Aba-Port-Harcourt road, then alert your family members, friends and colleagues in order to have someone on hand to pay off the ransom that could be demanded,” Security Awareness and Education Handbook for Corps Members and Staff said between pages 58 and 59.

The above has caused debate amongst Nigerians, with many calling for the scrapping of the National Scheme.

According to Peoples Gazette, the security advisory introduced in March 2021 asked serving corps members to inform their family members and friends before embarking on a road trip. This would enable them to prepare sufficient ransom that may be required if abducted and save them from untimely and brutal death in the hands of the violent criminals.

The management of the NYSC has however issued a statement to deny the manual as fake news after it circulated on social media on Thursday.

“Management wishes to emphatically state that the clause quoted is not embedded in NYSC Security Tips pamphlet which was put together by a highly respected retired security expert,” NYSC said in a statement on Thursday.

Peoples Gazette, however, reported that corps members who confirmed the manual sent screenshots of their own hardcopies and separately confirmed receiving the handbook from their respective camps in Taraba and other states in March 2021.

“I received my own copy in March 2021 before I left the camp,” said John Elochukwu, who recently concluded his youth service. “I did not even read the document until I saw online comments and I went to open my own copy to check and found that the paragraphs were exactly the same as those posted online.”

The handbook also warned corps members to desist from travelling with their laptops, tablets and mobile devices, saying whatever banking information found on such devices might be used to examine a victim’s financial worth.