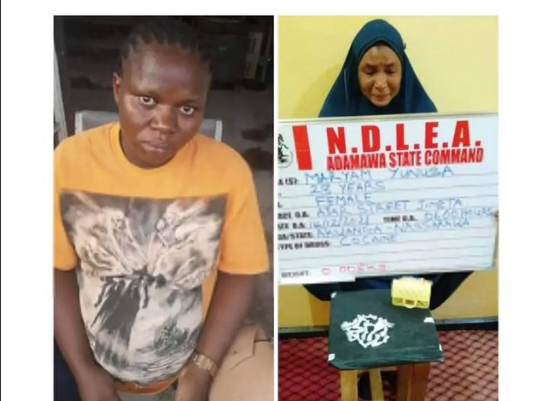 Femi Babafemi, the agency’s Director of Media and Advocacy, said in a statement on Sunday, December 19, that the 27-year-old woman was arrested on Friday, December 17th, when operatives raided her store and home in Lagos’ Ojo area, while another suspect, Michael Oroke, was also apprehended with 29kg of the illicit drug in the same location.

The day before, on the 16th of December, operatives stormed a hideout in the Abule-egba area of the state, arresting Basset Emmanuel, Ezekwem Lawrence, Mohammed Aliyu, and Suwidi Isiaku with 182,000 Tramadol 225mg tablets.

In similar raids across eight other states of Rivers, Kogi, Benue, Adamawa, Anambra, Edo, Ekiti and Ondo, over 4,000 kilograms of assorted illicit drugs were seized.

On Saturday, December 18th, Obigbo operatives seized a consignment of Tramadol aboard a commercial Toyota Hiace bus, with a waybill addressed to one Shadrach Udechukwu, during a routine stop and search activity along the Aba/Port Harcourt expressway.

In Otukpo, Benue, 20,000 Tramadol capsules were confiscated and a suspect detained, while in Adamawa, a search operation in a house at Ajiya street, Jimeta led to the arrest of Maryam Yunusa with 16 pinches of Cocaine.