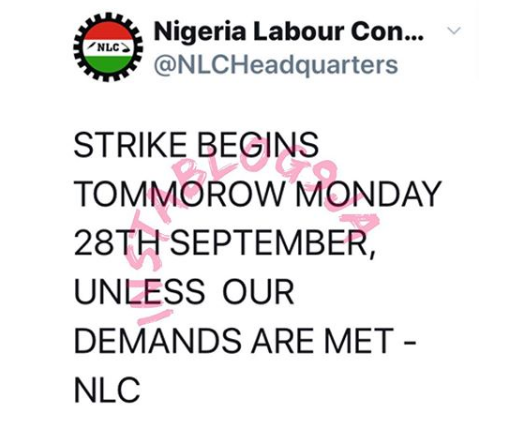 The Nigeria Labour congress, NLC, via her official Twitter page has revealed that they’ll embark on a strike on Monday, September 28th 2020.

According to the union, the strike will hold if their demands are not met.

The union took to its official Twitter page to make the announcement.

“Strike begins tomorrow,Monday September, Unless our demands are met – NLC” They wrote.

See the post on the micro blogging platform below:

How my family friend r*ped, impregnated me – Female student breaks...