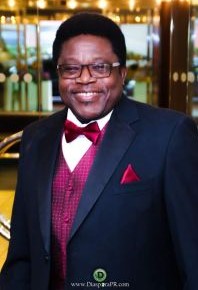 The Nigerian community in the UK was left shocked and confused as news of the passing of one of its strong pillars, Otunba Dr. Dapo Williams’s was announced today, Saturday the 8th of August 2020. Though still unconfirmed, it was reported that Dr Williams died of cardiac arrest in his office on Monday.

The 61 year old, who held a doctorate degree from University of Salford, and other professional certificates from Harvard Business School and University of Cambridge, was the founding member of the Buhari Campaign Organisation in the UK, and a formidable APC-UK member.

Otunba Williams was a Patron of many UK-Nigerian Community Projects, a great supporter of various community initiatives, and the President of many socio-political organisations including the Nigerian Think Thank Group. His accomplishments earned him multiple community and professional awards.

Liked and respected by most Nigerians residing in the UK, Dr. Dapo Williams was described as “Irreplaceable, generous, hard working, humble, responsible, dependable, kind hearted, community centred, selfless, easy going, brilliant and a bold champion”, by people who knew him.

May his soul rest in peace.

Honestly, I love S*X, As long as You Can Satisfy me...