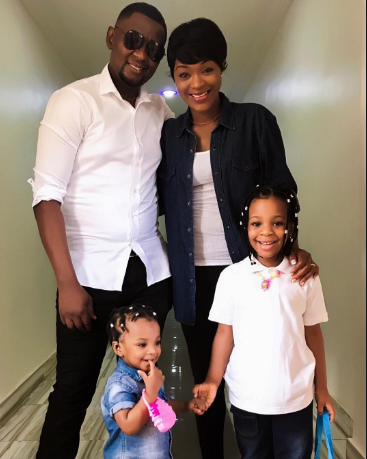 Nigerians have been thrown into a state of shock after embattled Nollywood actress, Chacha Eke gave an update about her marriage.

The Charming Magazine recalls that the 27 year-old Ebonyi born script interpreter shared a video on social media announcing the end of her matrimonial union.

“I know people will say i am crazy, but i am not. This video is to let the world know i am done. I am done finally and i am leaving with my life. You will hear my story” She had said before deleting the video.

ChaCha Eke shared another video debunking rumours that her marriage ended due to alleged domestic violence.

In the video, Chacha was seen lying on a hospital bed as she claimed she has been diagnosed of bipolar disorder.

However, another update has emerged on her social media page.

Chacha Eke Faani just recently posted a love up photo of herself and husband with a caption that describes him as her King and Crown.

This has thrown Nigerians into a confused state on what could be really going on in the life of the popular Nigerians actress.

Retired Police officer, another arrested over drugs in Plateau state